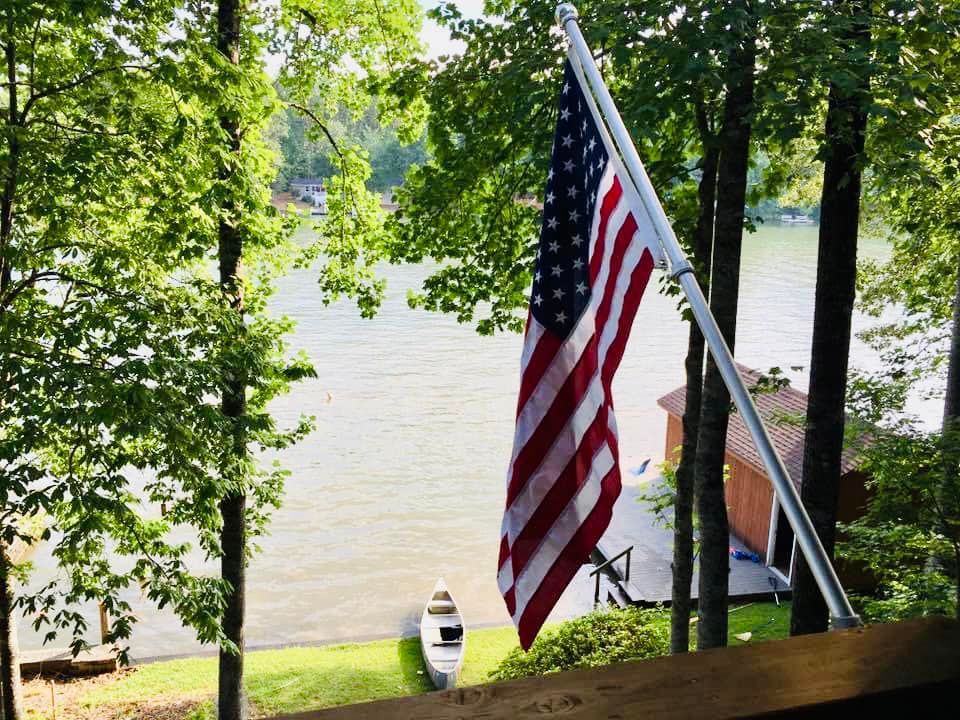 Many of us are still reeling from the Supreme Court’s recent decisions. Between their rulings against our reproductive rights and the separation of church and state and their striking down laws that protect us from gun violence and climate change, I’ve heard enough from these judges in the past few weeks to give me plenty to worry about for years. The revelations from the January 6th hearings haven’t exactly inspired confidence in our government either; the guardrails for democracy that I thought we had in place are more fragile than I realized.

And yet…the 4th of July is upon us, whether we feel like celebrating our nation or not.

We’ve already made plans to be with our family and friends in Montreat for the holiday, to enjoy a small-town parade and gather for lunch. It’s a lot of Presbyterians in a small space, but I was really looking forward to a “normal” Independence Day.

All week, though, I’ve been trying to find a corollary to help me figure out how to handle celebrating our nation’s founding when I’m deeply disappointed in the direction we are moving.

Is it like when your kid is in trouble, but you can’t really cancel their birthday party? Or is it like a wedding anniversary when you aren’t in the same state? Or is it like a wedding when you aren’t super sure about the couple, but they are betting on love and you want to support them and also eat cake? Or is like a presidential inauguration when the person you voted for didn’t win?

In all of those scenarios, you go through the motions of recognizing something important is happening, but you are conflicted and not super enthusiastic.

The 4th of July feels different though because this is my country, too. The people I disagree with don’t own the holiday or the flag or patriotism. I’m not ready to give up on our nation, but I also know that it’s important to pay attention to the mood around me. This isn’t the year to kick off the holiday by yelling “I love this country”, unless I want to look like the doofus who brings booze to an intervention. It’s important to read the room.

Exactly no one, including people who live with me, is on pins and needles wondering if I’ll hang our American flag or don sackcloth and ashes instead on this 4th of July. Maybe most Americans aren’t struggling with this holiday, but for those of us who are deeply troubled about our democracy and who wonder if it should be a day of protest instead of celebration, I’d like to think that we can do both.

There’s a scene in the Broadway musical Hadestown where the poet Orpheus says in a blessing that we should always raise up our cups, “To the world we dream about and the one we live in now.”

The world we yearn for and the one we’ve inherited aren’t the same, not by a long shot. I understand if people just can’t stomach a celebration this year, especially when we feel that divide so acutely. I do wonder, though, if celebrations shouldn’t be seen as a stamp of approval, but rather as fuel for the fire and strength for the journey. I firmly believe that we don’t only celebrate perfect things; under every celebration is hope and potential and yearning. So today, we’ll raise our cups and our flags and our fireworks and our cake in this world we live in now….and toast to the world we dream about.

And tomorrow, we’ll get back to work making it so.