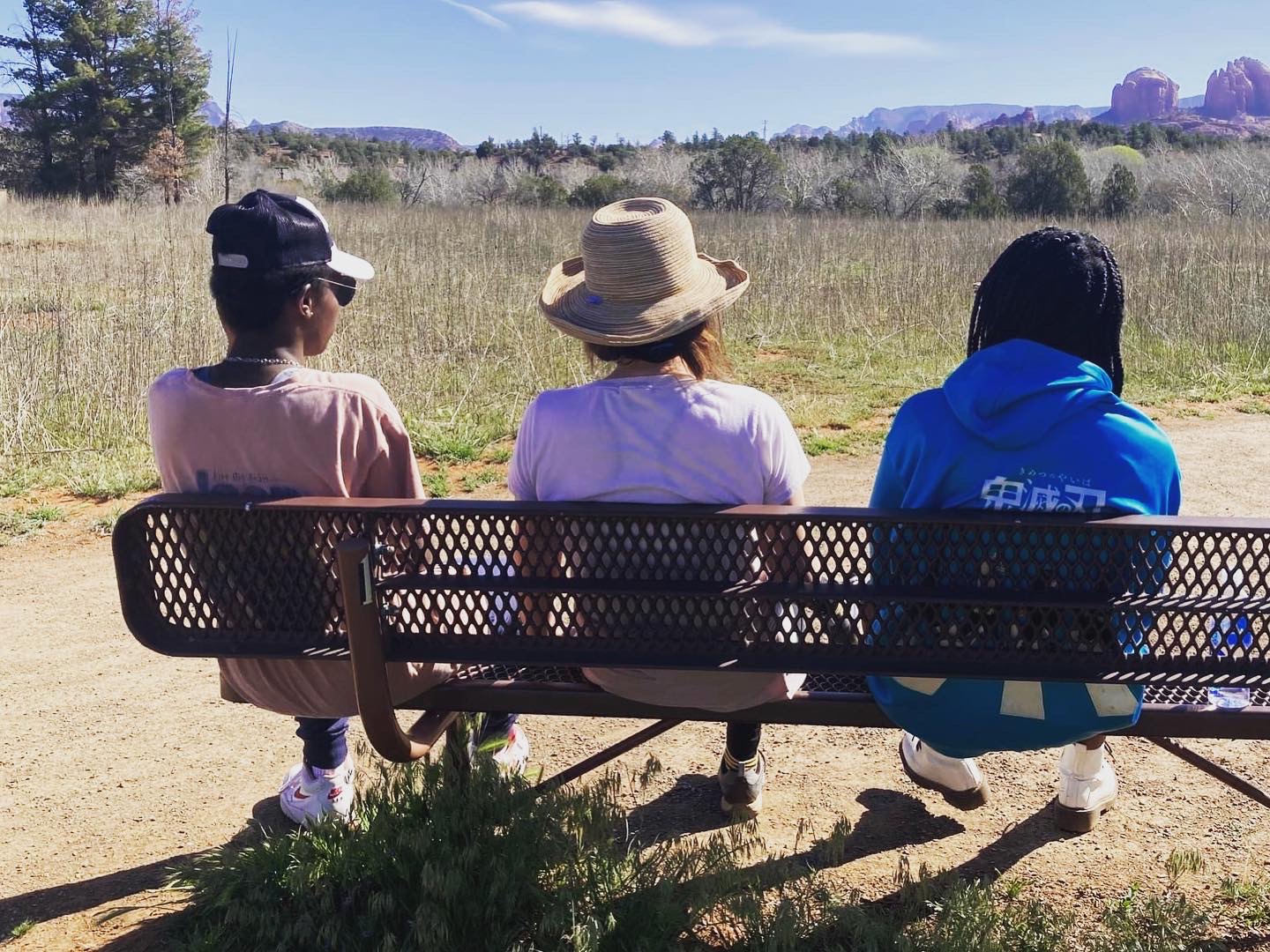 In college, I had a literature professor who shared something very important with our class. After a discussion about a short story, she leaned against her desk and said, “I want to tell you something that took me countless hours and thousands of dollars to learn in therapy. Here it is: I am not my mother.”

We were all very quiet. I don’t know if the other students were awed by her declaration or not, but I was unimpressed. I clearly remember thinking, “Can you get your money back?” Not being one’s mother seemed pretty obvious to my twenty-year-old self.

As an adult, I now fully appreciate her revelation. I actually thought of her when I was sitting in therapy a few months ago and had a breakthrough of my own.

My therapist started our session by asking, “How are you doing today?” I gave her extensive updates on every single one of my kids. Eventually, she stopped me and said, “We’re here to talk about you. How are you?”

I stared back at her, blinking. I had no idea how I was doing apart from my kids. In that moment, I remembered my professor’s epiphany and realized: “I am not my kids.” This realization didn’t feel like a relief; it felt like a bomb I needed to diffuse.

I often forget that I am more than a mom. I know that there are plenty of moms out there who have really healthy boundaries and avoid over-identifying with their kids. I also know a lot of moms, including myself, who have to fight their tendency to disappear into their kids.

I’ve lead a workshop at churches and retreats that I call “Soul Care for Moms.” I begin by asking the moms to create a collage from magazines, cutting out all the things that bring them joy. Some moms find plenty of pictures of places, people and activities that they love. Inevitably, though, the moms with the youngest kids cry. They have no idea what they love—they are overwhelmed and exhausted by just trying to keep their families alive. It totally makes sense that they’ve disappeared into the demands of motherhood. The danger lies in staying in that phase long past when our kids actually need us quite so much.

We have all seen this play out on social media with moms who are insufferable in their bragging or are super invested in their kids’ successes. This usually works itself out–I was once a smug mom and teenagers have a knack for humbling their parents. The moms that I truly worry about are the ones whose kids are hurting and who have taken on that struggle as their full identity. I’ve also been this kind of mom–the one who responds to kids in crisis or during a difficult stretch by finding therapists and tutors and school resources. It’s really important work. It’s also very isolating. Our kids who are hurting absolutely need us, but not forever at that level of intensity.

One thing that I have found freeing and useful to remember is that we all come into this world hard-wired a certain way. Before I had kids, I was certain that “nurture” was much more important than “nature.” Now I know that there is only so much I can do as a parent. I hope this doesn’t sound defeatist or that I’m giving up on my kids. Instead, I’m simply trying to panic less. I’m trying to give my kids more space to grow, at their own pace and in their own direction.

My clearest example of this recently is how different my two college kids are about money. They are biological siblings, only one grade apart, who were raised by the same parents in the same house. My oldest child just opened a retirement account, as a college student. I didn’t even know this was possible. On the other hand, I think it’s fair to say that her brother is more of a spender. He doesn’t flip out, though, that his checking account is regularly under twenty dollars. He’s figuring it out. They aren’t the same and that’s okay; they will both be fine.

At the end of my therapy session, my therapist quoted the Prophet by saying, “Your children are not your children. They are the sons and daughters of Life’s longing for itself.”

I’m not quite that noble yet in my approach to parenting. I still have middle schoolers who need help finishing school projects and finding their cleats; “Life itself” isn’t going to wrangle our chaos. I do think it’s progress, though, that I know for certain that I am not my kids. I just need help remembering it from time to time.