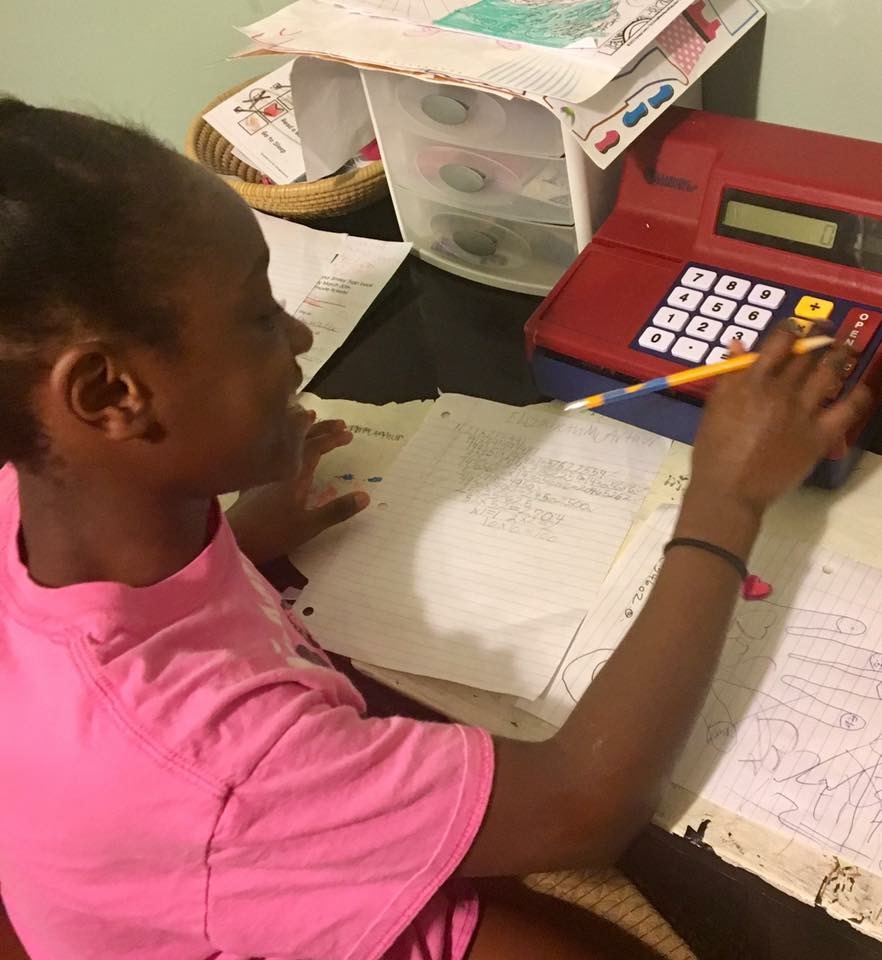 It’s not so hard to talk about the ways you’ve let your kids down once you’ve fixed the problem. It’s much harder to talk about it when you are still wading through the situation, especially when you feel shame about it.

I know that we’ve done a lot of things right with the twins, but one area that we weren’t prepared for was surrounding them with people of color who could mentor and guide them. I’d read in adoption books and on various adoption blogs about the importance of providing “mirrors” for children who are surrounded by people who are a different race than they are. Mirrors are people in the community who look like the children they are mentoring, who can reflect back to the child their value and worth.

I began to sense that we needed to be more intentional about seeking out “mirrors” when we visited my mom at her high school when the twins were less than 2 years old. When I handed Katie to my mom’s friend, who was African-American, Katie started crying; but then she stopped when another teacher, who was white, took her. The same thing happened with Elizabeth. It was weird and embarrassing. The same pattern happened again in another social situation; they would cry whenever a black woman held them. You can imagine my mortification once I figured out that the only black women they had been around were either combing out their hair or giving them shots at the pediatrician’s office. The only times I had handed them to black women meant that something unpleasant was coming. Just writing this makes me feel awful. I became more intentional about bringing people of color into their lives. I thought we’d made some progress when I found another area we’d neglected. It turns out that there are layers to this mirroring business.

A few years ago, our family attended the Martin Luther King, Jr. conference at Montreat, a Presbyterian conference center. We’ve spent a lot of time there as a family, but this was our first time attending a conference about race. I was really excited to tell the twins that everyone speaking, leading music and preaching was African-American.

As we were walking home from the first session, Katie said something about the worship leaders all being really dressed up. We have gone to Sunday morning worship in Montreat in the summers since they were babies. They had only seen dressed up people on the stage leading worship. Here’s what they hadn’t seen: many African-Americans dressed up. They hadn’t seen many brown skinned people in leadership.

There are African-American employees at their school, but they aren’t teachers or administrators. Unless we visit an African-American church, the twins don’t see people who look like them in leadership. My twins don’t have enough people in their everyday lives that look like them to inspire them. I don’t know quite what to do about this, but I do know that we need to make some changes.

I’m hyper-aware now about finding examples of women and people of color in leadership positions.

A few months ago, I took Elizabeth to see the movie “Hidden Figures.” We were both inspired and amazed by the women whose courage and determination helped advance our nation’s space program. We talked on the way home about how we were glad someone had made a movie so that we could learn about these women. Once we were home, I realized I hadn’t seen Elizabeth in a few minutes and went looking for her. She was in her room, with her paper and pencils out on her desk. She had pulled her cash register out of the closet and was using it as an adding machine. She was working really hard on her math, telling me that she was practicing what they did in the movie.

As an ordained clergy woman, I know how important it is for girls to see women in leadership positions. This is true in science and in medicine, in law and in engineering and politics. I love the quote from Marian Wright Edelman, who founded the Children’s Defense Fund, that says, “It’s hard to be what you can’t see.” I know what children see matters and can give them hope, but I didn’t expect the movie to provide such a direct example of cause and effect. I know that role models of the same race are important, but I was still surprised by how intensely Elizabeth embraced those women’s example.

It was like she was unbelievably thirsty and they appeared as a cool drink of water. I didn’t know she

was that thirsty, but now I know. As Maya Angelou reminds us, “Do the best you can until you know better. Then when you know better, do better.” We’re not there yet, but we’re working on doing better.