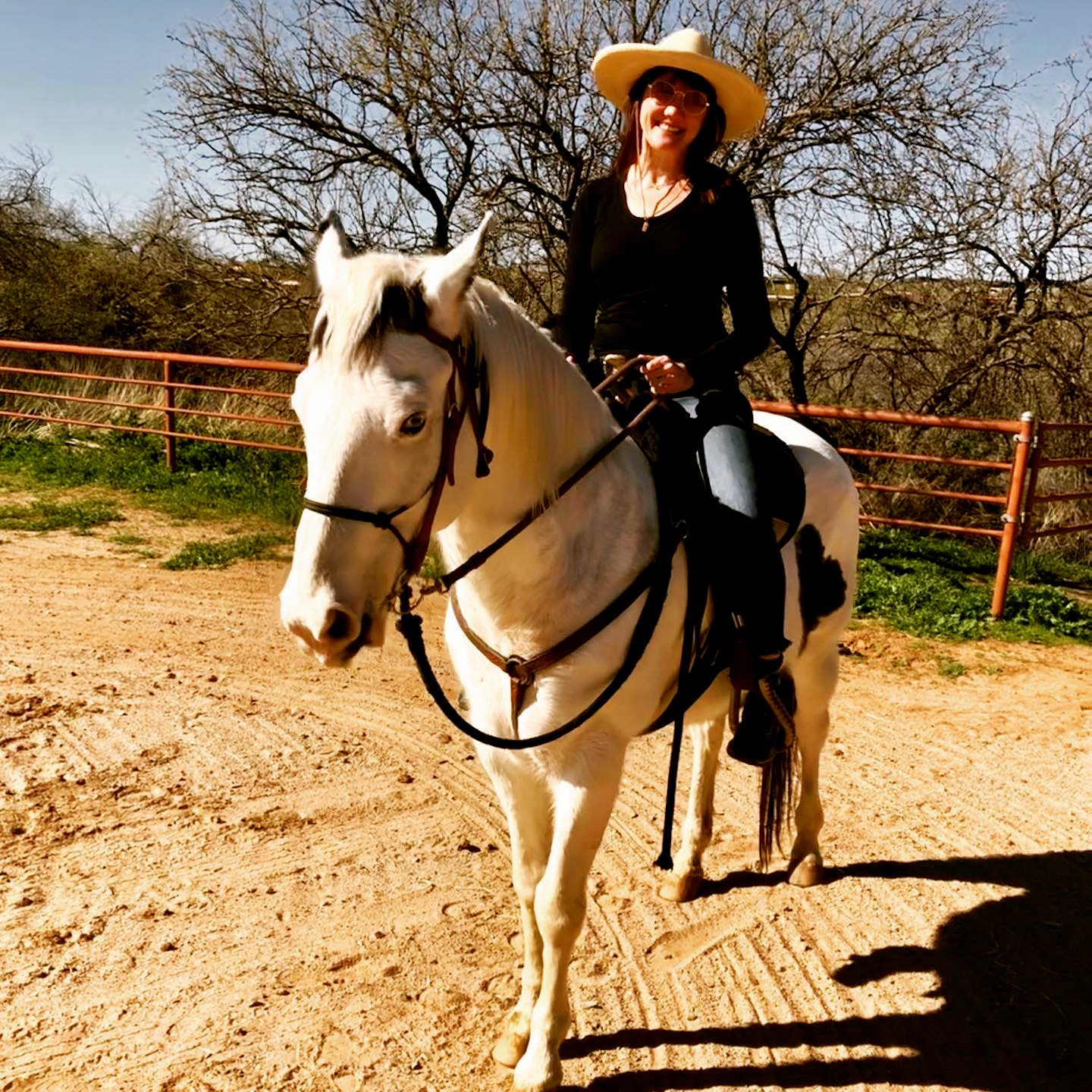 I knew I was going to go horseback riding on a recent trip to Arizona, so I asked a friend who rides a lot for some advice. “Just don’t hold the reins too tight,” she said. “That’s a beginner’s mistake.”

When you are on a huge animal and you are nervous and scared, loosening the reins feels like a terrible idea.

It feels counterintuitive to loosen the reins when you are unsure and afraid, but I did my best. If you are constantly pulling on the reins, the horse is confused about whether you want him to stop or go. Eventually, the horse ignores you, because you aren’t a reliable navigator. Tight reins aren’t effective; they are just frustrating. So, I consciously dropped my elbows down by my hips and left some slack in the line. This was a good first step.

There’s a second step to allowing loose reins and it’s all about your hands. You aren’t supposed to hold the leather in your hands in a death grip; instead, your hands should be relaxed. At one point, the guide said to me, “Less death grip; more flexibility, so that your hands can adjust and move.”

“Soft hands,” is the technical term for keeping your fingers relaxed and open. Your arms and hands and fingers are all supposed to stay loose, which is exactly the opposite of what most of us do when we are scared.

His instruction to release my death grip started to feel personal. Very few situations benefit from a death grip, which is a shame because I’m really good at that posture. I think it’s from years of practice. I can hold on TIGHT, even when it isn’t effective or helpful.

“Less death grip,” is something my children have been asking of me, through their words and their actions, for several years now. It’s a lesson I have to relearn daily. Old habits die hard.

At one point in our ride, the horse decided to take off a little faster than I preferred and I panicked. I completely forgot everything I’d just learned about “soft hands” and loose reins. I yelled, “STOPPPP!!” while throwing my arms up in the air. Before I even knew what had happened, I looked down and saw that I was holding onto the horn like a rodeo rider.

While holding the reins too tight isn’t great, throwing them up in the air is worse. Abdicating control to the horse is always frowned upon.

Finding a good balance between holding the reins too tight and letting them go completely takes lots and lots of practice. I’m exactly in this space now as my second child makes decisions about college and his future. I know from experience holding my kids in a death grip isn’t effective and is frustrating for everyone involved, but loosening the reins scares me.

So, like all things that are worth learning, I’ll just have to keep practicing. Things that don’t feel natural take longer, but eventually, I’ll loosen my death grip. I promise.