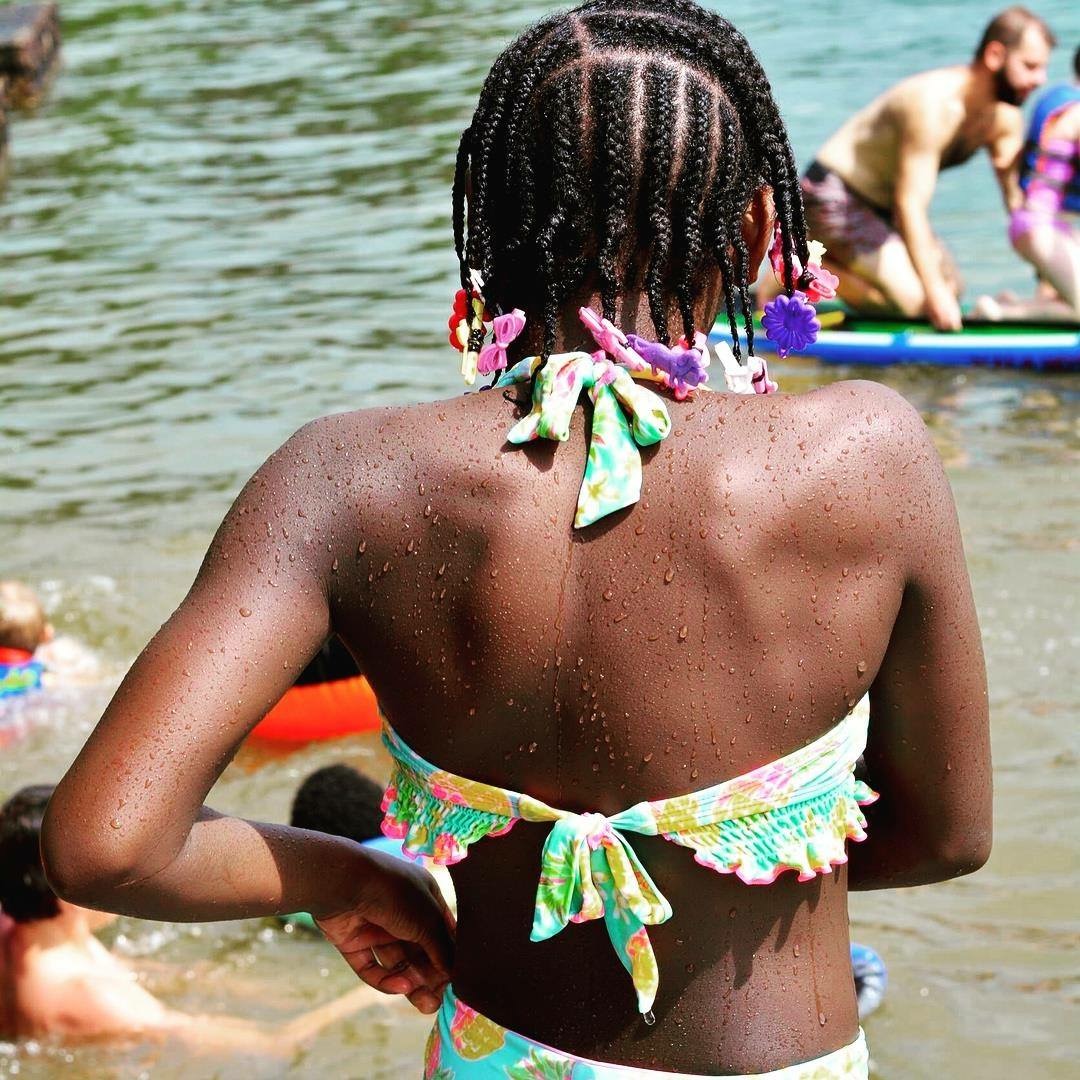 Elizabeth was bent over at the waist, leaning forward, perched precariously over her skis.

She had gotten up on skis before, but she’d never stayed up for this long. She was going all around the little lake where my parents have a cabin in South Carolina. We were watching on the dock when I heard loud cheering. At first, I thought it was my family in the boat, but then I saw people on rafts raising their arms and clapping. As Elizabeth skied past docks, people would cheer and yell. After they passed us, I heard cheers down at the end of the cove and more across the cove as Elizabeth went by. It was like a wave of encouragement that was escorting her around the lake.

This spontaneous cheering for my child made me cry.

These lake people don’t know my daughter. They don’t know me. No one asked them to encourage her. Being lake people, though, means that they know that learning to ski is really hard.

Why don’t we do that more?

It cost them nothing. It didn’t require any planning. They didn’t have to make banners or order a cake. They simply saw a kid doing something hard, opened their hearts and then opened their mouths and cheered. They probably didn’t even think twice about it after the moment passed, but we sure did.

Elizabeth did. On our way home, she said, “I heard them cheering and I felt more confident. I just kept holding on and holding on.” She was doing something hard and she felt seen.

I know that Elizabeth learning to water ski isn’t graduating from college or breaking a school record. I know it is simply a water sport, but water skiing does require perseverance, trust, balance and determination. It takes bravado to not give up when you’ve swallowed half the lake as you are dragged behind the boat. It takes courage to keep going when you keep crashing.

These are life skills that will see her through.

getting a trophy. I know there is fear that my generation indulges our kids and will inevitably turn them into entitled brats. That might be true, but that isn’t what happened on this particular day at the lake. Not everyone that day got cheered around the lake. When Caro skied later, no one clapped. No one cheered when I skied; even though I clearly had no business slaloming.

Only Elizabeth got the cheering because she was the one who clearly needed it.

Elizabeth was conquering water and fear, speed and physics. The wonderful, cheering lake people knew that she was just barely skiing, but she was indeed skiing.

I’m not worried that we over-indulge our struggling children. The ones who work so hard and are barely holding on are the ones that need to hear from us.

As the author and blogger Glennon Doyle Melton reminds us, “We can do hard things.” We can even do hard things alone and without a cheering section. That’s how we do most things.

If given the opportunity, though, why not do hard things together and with shouts of encouragement? Why not create this kind of environment around one another’s children?
As we move into this school year, I’m going to look for ways to encourage kids who are doing hard things. It’s usually pretty clear who needs it: the kindergartener who is terrified to get out of the car without their siblings, the middle schooler who is trying sports for the first time, the teenagers who have had their hearts broken and still have to focus on geometry. I think we know who needs our cheering. It doesn’t require a formal announcement, just us recognizing a would-be conqueror and helping them along the way.

P.S.: It would be my honor to pray for and cheer for your kids. Feel free to leave a comment on Facebook or send me an email (ahmcarthur@yahoo.com) or instant message me. You can just give me initials if you need the situation to stay private. We don’t have to do hard things alone. We can cheer for one another, at least until the hardest part has passed.