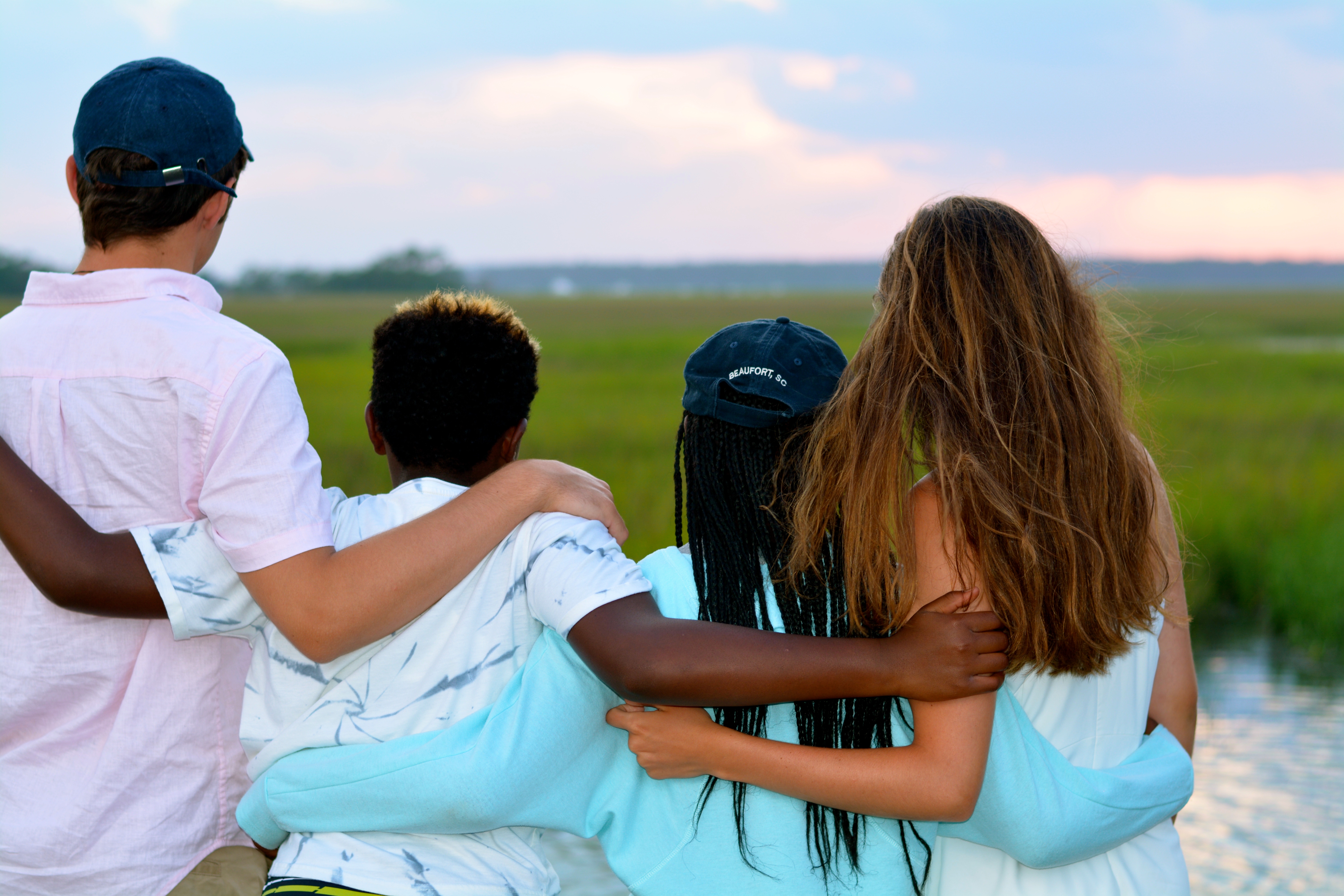 My son was practically crowing in the doctor’s office.

I wasn’t celebrating with him. In fact, I wasn’t even believing the very clear data that I had just witnessed with my own eyes.

When the nurse left, I said, “Maybe we should have her re-measure you. I just don’t think you’ve grown that much. Six feet and half an inch seems off to me.”

“Mom, she measures people all day,” he said. “I think she knows how to do her job.”

I wasn’t at my best. Why wouldn’t I let my kid be his actual height?

There was just something about my son crossing over from the five-footers to the six-footers that made my brain short-circuit a bit.

When Caleb was four-years-old, his sister started kindergarten. He was very used to going everywhere Caroline went, so the first day that I pulled up to the primary school, he unbuckled his seatbelt to hop out with her. He was pretty devastated that she would go to school without him. Then, things changed some more when our pool closed for the summer. Later that month, when I said that the leaves would be changing soon, he burst out in tears. I’ll never forget him wailing from the back seat, “No more change. It’s all too much.”

Our ninety-year-old neighbor died recently and his widow quickly moved to be near her children in another state. I have no doubt that this was the best decision for her, but I miss them both. Last week, there were people lined up on our neighbors’ front porch, waiting for an estate sale to start. I had no desire to go over there, but I had strong, irrational feelings about strangers going through my neighbors’ belongings.

Each time I saw someone walking to their car with an item, I desperately wanted to smack it out of their hands. I imagined saying, “Put back Miss Mary’s serving platter this instant!”

Of course, my heart hurting isn’t about the serving platter or about Caleb growing an inch. It’s about change and my inability to stop time. It is very inconvenient to not be the boss of everything.

This past week, I attended college orientation with that same girl that bolted out of the car for kindergarten. New student orientation was a very impressive event, but the speakers did seem to harp on the importance of parents releasing their children. I felt like the deans were talking directly to me when they stressed the importance of encouraging our children to unpack not only physically, but also mentally. “We get it, geez,” I thought. The fact that I was taking their practical advice very personally means that I most definitely do not get it and will absolutely struggle to release my child.

Change is hard; even positive change, like growing an inch or going off to college, can knock us off balance.

Just because something is right and good doesn’t mean that it’s easy to get on board with it. Things can be exactly right and still sting a little.

Our family sometimes goes whole seasons with things seeming about the same. Then suddenly, I look around and neighbors leave; daughters go to college; sons grow tall.