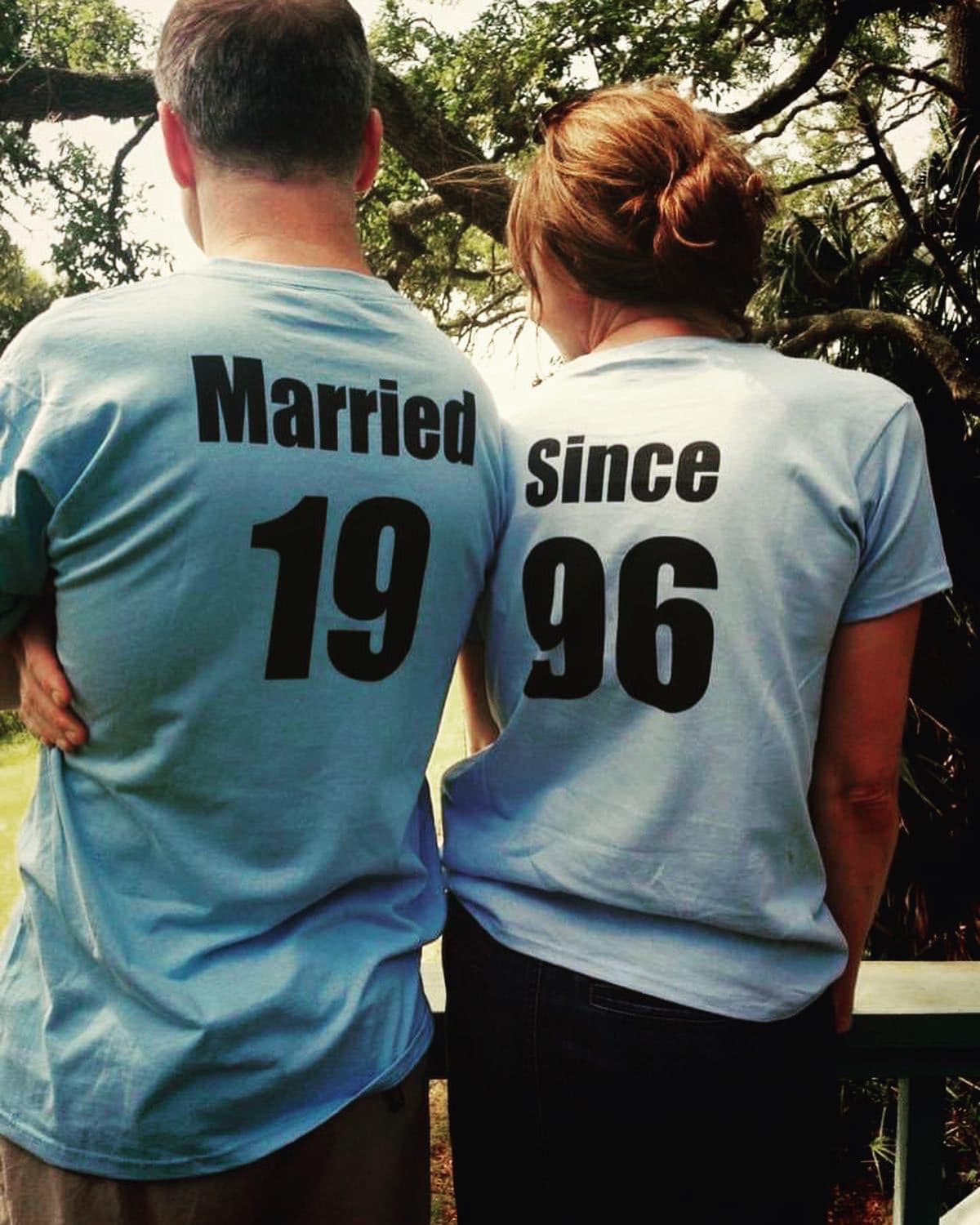 My husband and I celebrated our 25th wedding anniversary with a quick trip to Charleston, SC last week. As we were checking into the hotel, the man helping us with our bags asked us, “Well, what’s the secret to staying married for 25 years?” Bryan and I shrugged and laughed because who knows? Certainly not us.

Later, though, I thought of some responses and wanted to go find the guy to answer his question with things like prayer and mutual respect and Bryan bringing me coffee every morning in bed. Of course, it’s never that simple. While there are no “secrets” to a long marriage, there are a few things that I have learned along the way.

Some of it is just dumb luck and God’s grace. I’ve officiated a lot of weddings and I honestly cannot tell you who is going to stay married and who isn’t. I stand a foot away from the couple as they look into one another’s eyes and take their vows; I can tell you that every single one of them means it. Life and tragedy and infidelity and old wounds sometimes come out of nowhere and wreck a good thing. My parents are celebrating their fiftieth wedding anniversary this month and there is no smugness for them in this milestone. I’ve always appreciated that my mom says that they are fortunate to have grown in the same direction. It’s not all about hard work or a secret formula; some of it is simply a mystery.

Bryan and I both think we married up. During different stages of our marriage, we’ve each known that the other person is way out of our league. A healthy dose of humility can be helpful.

We didn’t get married to fix something in ourselves. We dated long distance for most of our courtship and in some ways, had no business getting married as young as we did. At the same time, though, I knew that Bryan was kind and hard-working and loyal, which felt like enough to build a life on. We were feverish in our need to be together every day and we had so many people rooting for us. I think sometimes people get married because they feel outside pressure or because they have family wounds that they are trying to heal. I guess what I’m saying is that we had a clean start and it carried us for awhile.

When it got rocky, we went to counseling together. After the first few years, we needed some help navigating how to be married adults with demanding jobs. We found a counselor that helped us communicate better and fight fairer. One of the most helpful things the therapist taught us was to say to each other, “I want more of you.” This is very different than saying “I want you to do more or be more.” It’s flattering when your spouse wants more of you; it feels less like a demand and more like an invitation.

We are in the trenches together, especially as parents. We are both “all hands on deck” kinds of people, so raising our four kids has been a marathon of an endeavor. We need each other to survive them, as wonderful as they are. Children are amazing, but they’ll also wear your tushies out, so it’s truly a gift to be in it with your best friend. When I was a kid and some of my friends’ parents started to split up, I remember my dad reassuring me that my parents would never divorce “because whoever wants out has to take the kids with them.” As an adult, I told someone about this arrangement and they were surprised that I was privy to this information as a child. They thought it would scare a child that neither of my parents would risk having to raise us alone, but I actually found it comforting. No one in their right mind would walk out with me and my brothers. It’s an airtight system.

There’s a lot to be said for simply staying in the room. There are a lot of ways to leave a marriage and only some of them are visible. I’ve had to learn to not walk away physically when we disagree; conflict won’t disappear because you’ve left the room. People also leave emotionally because being with the same person for decades can get boring or annoying; addictions and affairs and over-working are often escape attempts. Of course couples need space sometimes and lives outside of one another, but I can sense when Bryan and I are drifting too far out of one another’s orbit. I don’t like it when we get un-used to one another.

Marriage isn’t a competition. When I was younger, I thought there were only a few ways to succeed in marriage. I spent a lot of energy sweating the small stuff; I now know that so many of the things that I thought would matter haven’t mattered at all. What has mattered is Bryan’s kindness and our determination to choose one another every single day. There’s no prize for spending most of your life with one person, except the wonder that comes with recognizing that somehow, here we are still together, this many years later, choosing each other over and over again.