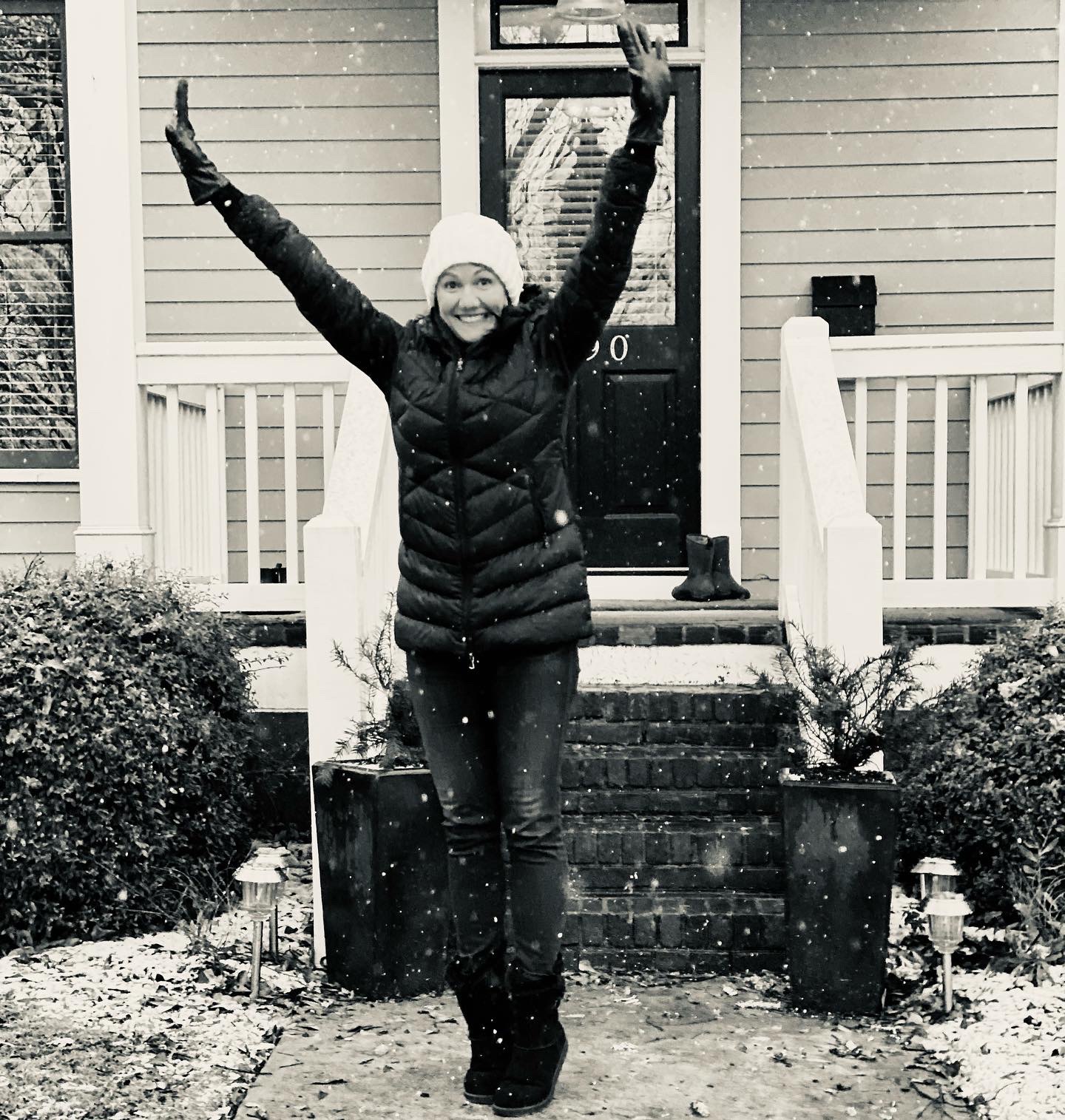 It’s official—I’m getting weirder.  I’ve started mailing family members prisms that they can hang in their windows so they too can have magical dancing rainbows on their walls. This is completely unsolicited; I’ve just decided they all need one. I recently added a large potted lemon tree to my bedroom because I’ve always wanted one and I love the smell; I’ve made more than one friend come upstairs and smell the blossoms. I drove myself to Atlanta for my birthday for the sole purpose of finding jeans that I didn’t hate. I found a saleswoman and said, “Bring me all the jeans: boyfriend, ex-boyfriend, skinny, husband. Today is my birthday and I shall not cry.” After trying on over twenty-five pairs, I bought two pairs of overpriced jeans and strode out of the mall like I’d just won the lottery. Also, I have tiny ferns now in my shower window.

I can’t decide if I’m just finding joy in the small things or if this is a kind of mid-life crisis. Instead of having an affair or buying a ridiculous car, I am dressing my dog in sweaters for the first time. I’m definitely “carrying on” more: I have no chill and I truly don’t care.

One side-effect of a long pandemic is the realization that anything can be snatched away at any minute. These past two years have changed all of us; there’s been so much slogging. When something even minutely joyful happens, I go buy a cookie cake.

I’m getting better at celebrating. My vibe is less “carpe diem”—I’m not currently ambitious enough to seize the day. It’s more “might as well because who knows what’s coming next.” My attitude is less motivational speaker and more quirky aunt who eats dessert for breakfast.

I’ve stopped assuming that we can participate “next time” because who knows when that will be? When my nineteen year old son called and asked about going to Puerto Rico for spring break, I didn’t hesitate to say that I thought it was a great idea. Prior to the pandemic, I probably would have said that this kind of big trip should be saved for his senior year. But his college didn’t even have a spring break last year and his sister’s freshman year spring break trip was interrupted by having to move out of her dorm in March of 2020. Go. Immediately, if possible. Take the trip now, kids.

In early January, UGA won the National Football Championship. We live less than a mile from downtown Athens, so as soon as the game ended, I made the twins jump in the car with Bryan and me to drive through downtown. For someone who has attended exactly one UGA football game, this was definitely an over-reaction on my part. It was past midnight and the twins had school the next morning, but I was determined to celebrate.

UGA hadn’t won the football championship since 1980—that’s forty-one years! Who knows when it will happen again? I wanted the twins to know that these kinds of triumphs don’t happen every day or even every decade.  KD played “We Are the Champions” and I honked way too much and we all stuck our fists out the window and cheered with the college students who had spilled out into the streets. The next week, I dragged us all to a parade, wearing our new UGA championship gear. I personally had a blast.

I think that’s another part of this season in my life: I finally have the space and time and mental bandwidth to ask myself, “What do you enjoy, Anna?” For the previous two decades, I’ve gotten into some possibly unhealthy, but completely understandable, patterns of mostly caring about what my kids would enjoy. This spilled into our family activities, routines, meals and trips. It made sense for a while, but they don’t need or want this kind of attention from me anymore.

There’s an Emily Dickinson quote that I love: “I am out with lanterns, looking for myself.” She was writing in a letter about moving, but I think it applies to many of the shifts we experience in our lives. I too am out looking for myself, and so far, I’ve found a woman who likes window prisms and parades, fun jeans and cookie cakes, lemon trees and car honking. I dig her and I’m hopeful that we’ll keep finding new things to celebrate.