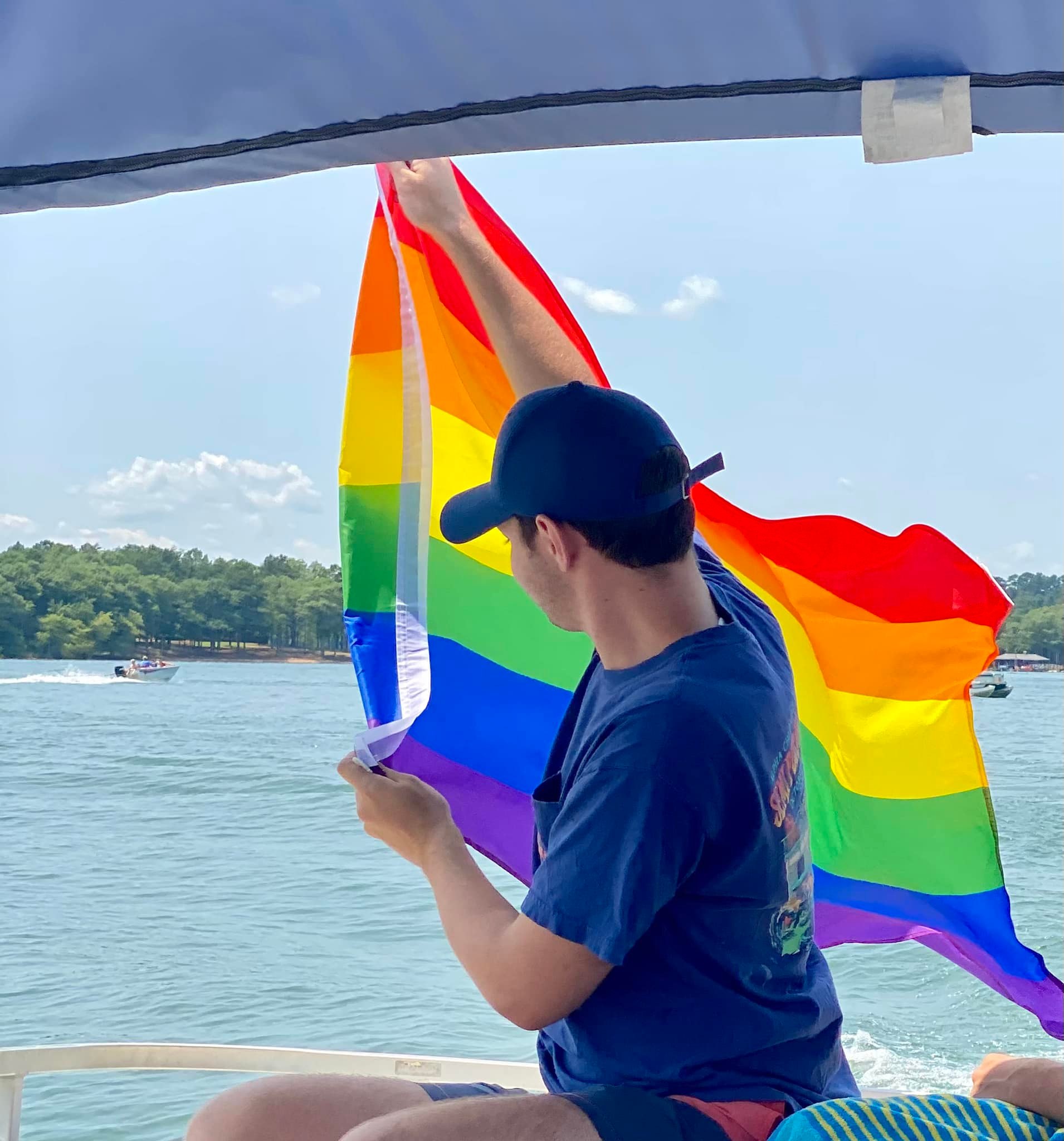 When I worked at a church in Oxford, Mississippi, I remember a church member commenting, “I get so tired of people saying to me, ‘It must be so amazing to live in such a fun town all year long.’ They are only here for a few Saturdays in the fall; I live and work and raise my kids here. It’s not all football games and tailgating in the Grove every day.”

June is officially Pride Month and I love it. I’m so thankful for the activists and leaders who have fought for gay rights and who helped younger generations celebrate their community. Our family has plenty of rainbow accessories that are perfect for Pride flow yoga classes and gatherings with friends. I love the celebration all month.

But there are eleven other months out of the year that aren’t Pride Month. Raising LGBTQIA+ kids isn’t all rainbow flags and Pride parades. For this mom, it’s honestly a lot of worry and fear; about the very real hate that led to the Pulse nightclub shootings and the murder of Matthew Shepard, but also about the low-grade fever of bullying and the persistent discrimination.

In addition to often feeling afraid as a parent and an ally, I can admit that I have also grown weary. I sometimes can’t believe we’re still debating this issue. While I have seen some significant changes culturally since my son came out five years ago, I’m still so disappointed and sad when someone feels compelled to share their disapproval with me. Going forward, I know that I won’t trust them with my heart again. Not everyone in our lives has to wave rainbow flags all the time, but I do require basic respect for my family.

It’s traditionally been people who claim to “love the Lord” who have inflicted so much heartache and self-doubt on the gay community. This feels so rotten to me. We don’t experience this in the congregation where we attend, but I’ve heard it from plenty of people who have left our denomination. And maybe it’s just where we live, but it feels like there are landmines everywhere regarding this struggle.

If I feel this way as an ally, how must it feel to be the person whose very worth on earth and in heaven is being questioned at Bible studies and church gatherings?

The first time I visited my son in college in Ann Arbor, I was struck by how many rainbow flags were outside churches. It wasn’t Pride month, but the Episcopal, Lutheran, Presbyterian, Quaker, Baptist and Methodist churches were all signaling that they were safe spaces.  I almost wept with relief for all of the college students who wouldn’t have to wonder if they would be accepted in those spaces. I could have wept with gratitude that my son had found a town and community so affirming. I could also weep right now recognizing that part of being LGBTQIA+ in our country means constantly looking for clues of acceptance or rejection in all faces and spaces. That’s a lot to carry and no one should have to do it alone.

While living in Oxford wasn’t “all tailgating in the Grove,” sometimes it was. And while having gay kids isn’t all rainbow flags and Pride month, sometimes it is. It’s certainly a gift when it comes around. Celebrating Pride is a way to refuel for the journey; it’s finding hope and community and radical joy that will carry us through the hard times. I’m finally realizing that LGBTQIA+ kids, teens and adults aren’t the only ones who need support; the people who love them need it, too. We could all use a little more Pride, all year long.