I must confess that I sometimes wonder if being a feminist makes my job of raising girls harder. Sometimes, the idea of girls who smile and nod and do what they are told without ever questioning sounds pretty dreamy.

Being a Women’s Studies minor in college prepared me to fight for women’s rights; it did not prepare me for girls who would fight against me.

Last February, when I heard about Senator Elizabeth Warren being silenced by senate Republicans as she spoke out against Jeff Sessions, I admired her strength and tenacity. I loved the quote about the incident from Cecile Richards that said, “‘She was warned. She was given an explanation. Nevertheless, she persisted.’ The history of progress for women, summed up in 11 words.”

In theory, I loved the whole celebration of “persisterhood.” In real life, though, I hoped that no one would tell the twins about it. 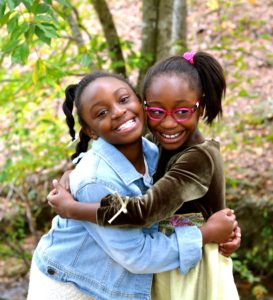 Persistence is not so heroic in young children who need to just put on their damn shoes.

Raising strong girls isn’t for the faint of heart. Raising girls who stand up for themselves doesn’t make it easy for their parents. I hear a lot more “Why?” than I would like and not enough “Yes m’am.” Navigating when to resist and when to comply is delicate, life-long work.

I learned last summer from my oldest daughter that we are apparently the only parents in our whole county who follow “Joshua’s Law,” a wonderful Georgia law aimed at keeping teen drivers safe. The law established requirements for drivers education and supervised instruction behind the wheel. There is also a provision that states that new drivers can only drive siblings for the first six months after they have their license. They aren’t allowed to drive friends or teammates or “cousins.”

According to Caroline, we were the only parents she knows who were sticklers about this law. The only ones! She informed us that all the other parents think it is a ridiculous law. She was adamant that even the police who visited her school didn’t care.

“Fine,” I said. “Get me a signed letter from the governor or a statement from the sheriff’s department that Joshua’s Law isn’t applicable in our county and I’ll let you go pick up your friend.”

“On it,” she said. My firecracker of a daughter grabbed her phone, stood in my kitchen, and called the local sheriff’s office to get verification that they wouldn’t issue citations for teenagers breaking this law.

She hung up and said, “She said the law does apply here, but I could tell that she didn’t really mean it.”

This kind of moxie and determination will serve her well in the future. It’s just kind of exhausting in the present.

When I’m in a bit of a standoff with one of my girls, I try to remember that I too am becoming stronger in this process. There is no room for a timid mouse in this house. I cling to the Proverbs verse, “As iron sharpens iron, so one person sharpens another.” 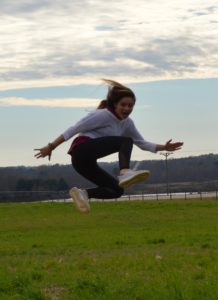 My daughters are strong, sharp, iron girls. I’m becoming stronger because of them. At the end of the day, I honestly wouldn’t want it any other way.