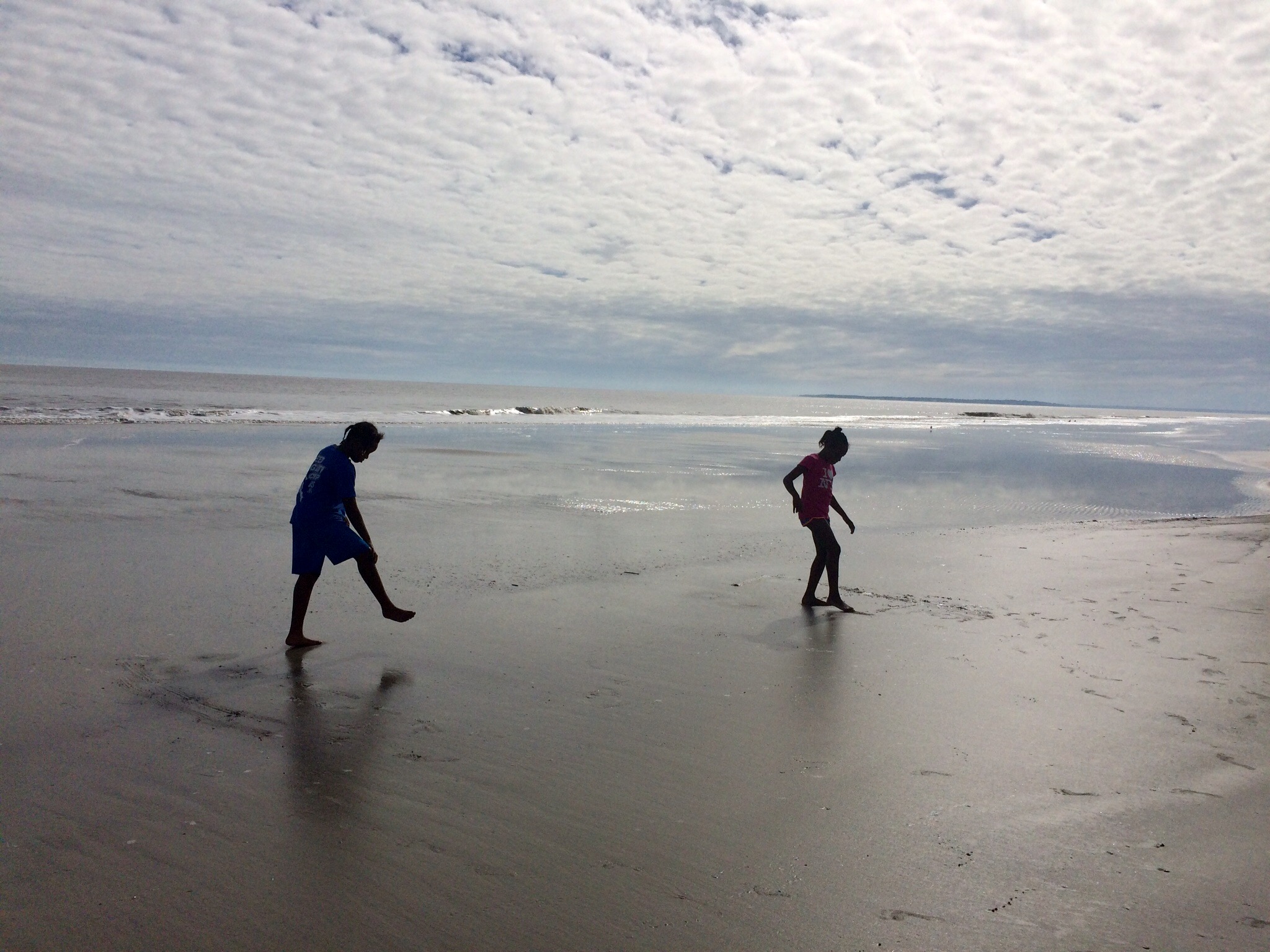 This is an important week. We will honor Dr. King. We will thank President Obama. We will prepare for President Trump.

Is anyone else struggling to find their mojo? Is anyone else looking for the energy to rally? Undoubtedly, staying up until 2am to watch my college team win the National Championship on Monday night was not my wisest move. Ninja kicking in a burst of excitement during the fourth quarter and tweaking my back was even less wise. It’s more than just feeling tired, though. I have felt kind of numb all week.

I can barely look at President Obama. I feel like someone I love is in hospice care. I’m checking in on Obama and praying for his family. I’m appreciative of his farewell statements, even though I can’t really bear to watch them. I’m in awe of how much bravery and grace he has summoned. Nonetheless, I feel hope slipping away. I’m braced for the way things are going to change. I’m watching the clock.

Earlier this week, I came across a Wendell Berry poem, “The Peace of Wild Things,” that I’ve read dozens of times.

When despair for the world grows in me

and I wake in the night at the least sound

in fear of what my life and my children’s lives may be,

I go and lie down where the wood drake

rests in his beauty on the water, and the great heron feeds.

I come into the peace of wild things

who do not tax their lives with forethought

of grief. I come into the presence of still water.

And I feel above me the day-blind stars

waiting with their light. For a time

I rest in the grace of the world, and am free.

I was stopped in my tracks by the phrase “who do not tax their lives with the forethought of grief.”

That’s where I’ve been living: in the “forethought of grief.”

The “forethought of grief” can be a crippling space. There is a fine line between being realistic and being in despair. I feel like I have realistic expectations of the Trump presidency. I don’t expect Trump to suddenly become a person of integrity. He just criticized Rep. John Lewis for being “all talk”, for heaven’s sake. I think it’s good to be aware and involved in our democracy, but I slip into despair when I feel powerless. I sometimes forget that my calling and my responsibilities have very little to do with who is president of our nation. I sometimes forget that I am a part of something much bigger and much more important than my own fears. This past week, I’ve alternated between whining that “I can’t fix all of this” and shrieking that “The Russians are coming!” I need to gird up my loins and get ready to work.

Last spring, while my son was dancing in Atlanta, I drove over to the MLK national historic site on Auburn Avenue. It is a place that I’d been meaning to visit for years. I was really teary as I walked through the site, but rest assured that I wasn’t the only white woman crying. There were a lot of weepy white people as we listened to Dr. King’s speeches, saw pictures of the thousands of citizens gathered for the marches, and grasped the enormity of the movement. I was so moved by the thousands of men and women who gave the sacrifice of their own blood, sweat and tears. And yet, many of these faithful citizens never saw the Voting Rights Act passed or the integration of schools. Thousands of women and men, including King himself, didn’t make it to the mountain top. They gave to the Civil Rights Movement, but did live to see the results.

In his final sermon, “The Drum Major Instinct,” Dr. King talked about that tendency we all have to want to be recognized, to be honored, to be first. He talked about ego and pride. In closing, he said that when his time had come, he didn’t want a long funeral. He didn’t want people to mention that he’d won the Nobel peace prize or where he went to school. Here’s what he said:

Dr. King knew that we humans have a tendency to elevate the individual above the community. He was clear that if we need to say that he was a drum major, then we need to make sure we remember him as a drum major for the right things.

As I walked through the King Center, I was reminded that a movement takes thousands of nameless and unrewarded participants. Change takes slow and laborious work. Change requires a commitment to Truth way beyond our own lifetimes.

In the past two years, as our twins have been tested for and diagnosed with learning disabilities, I’ve been amazed to discover a whole network of services for kids with special needs. These teachers, administrators, advocates and parents are actually warriors for kids with disabilities. For decades, people have been fighting for kids like mine, even though they will never meet them and will never see their faces. These kids lives will be changed by all that behind the scenes, tireless and thankless work. Before I even knew this was a cause, there was an army of parents and allies fighting for these kids.

The same was true for the Civil Rights movement. Thousands of people brought their gifts and worked tirelessly for future generations. This is also true in the struggle for equal rights for LGBTQ people. It’s true right now for those brave voices crying out that people of other religions and nationalities must be treated with respect and kindness.

We are not done yet. I think many of us thought we were closer than we are, but there is so much work to be done.

We don’t have to do it alone, though. We don’t have to live under the “forethought of grief.” We can instead move forward will the stillness that we glean from the wild things. We can trust in the “day-blind stars waiting with their light.”