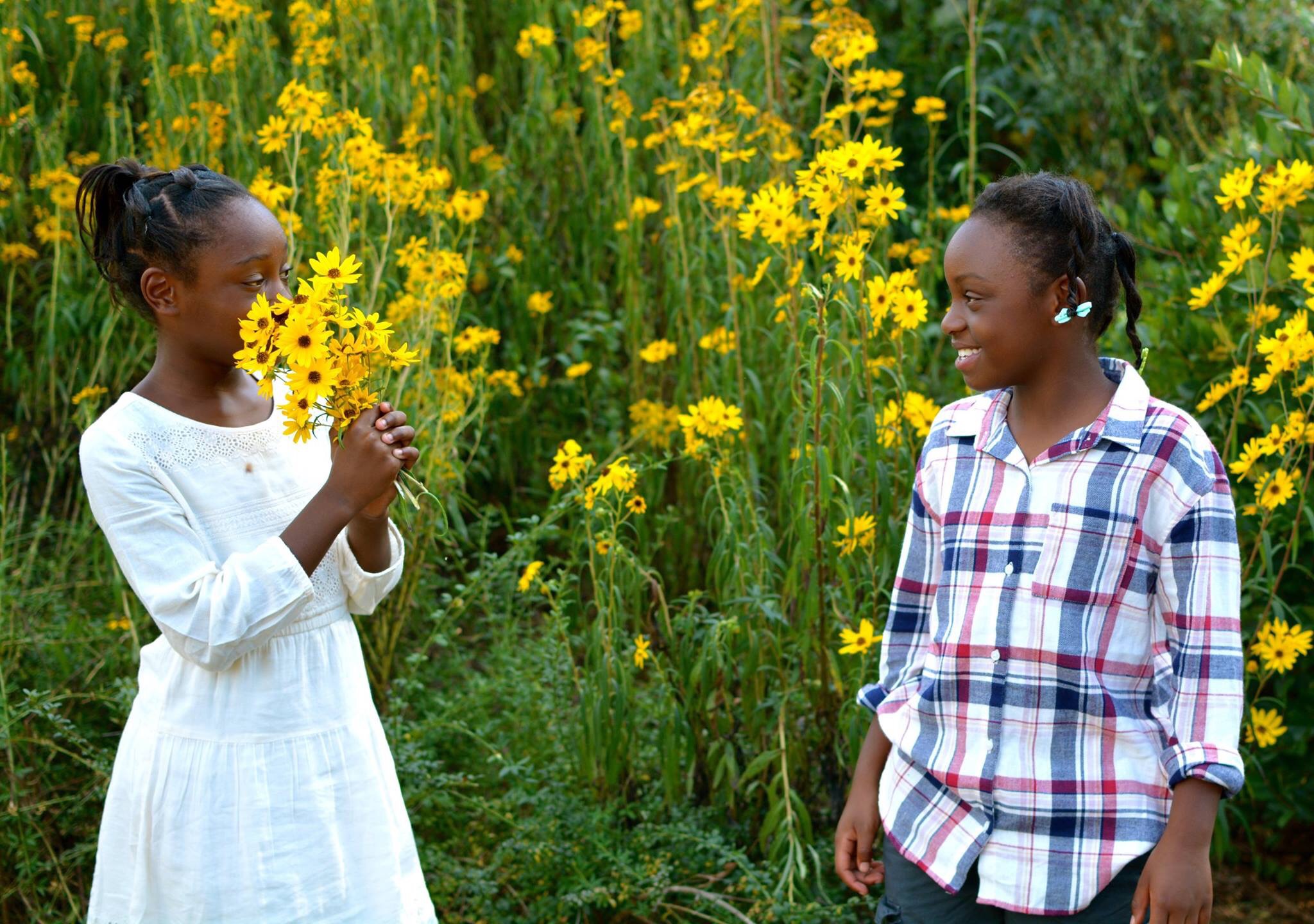 I’m asking for a friend.

This isn’t the post I was expecting to write this week. This isn’t even the one I wrote two days after the election. That gem of a post included a rant against Democrats who didn’t even show up to vote: “Come on ya’ll, even after my last post, you couldn’t bother to vote? What part of ‘love means showing up’ is complicated?” It was also a general mandate to white voters to not come crying to me when Trump makes their life worse: “You made your racist bed, now lie in it.” I was clearly in shock.

On Wednesday, I made three goals for myself before I got my kids from school: “Wash your hair. Buy canned goods for the can-a-thon. Stop crying.” I decided a walk around my neighborhood could jump start me into acting like a functioning adult. As I was walking, I remembered a story a friend told me years ago that brought me comfort.

She was traveling in the Middle East with a study group and visited a subterranean holy site. The group gathered in a front room that had some natural light. Then, a guide had them hold hands and took them down a hallway into a pitch black room. My friend said you couldn’t even see if there was a wall right in front of your face or not. It was the darkest space she could ever imagine.

After a few moments, the guide brought them back out to the dimly light room where they’d started. He had a better plan for how to take them into the darkness. They took only a few steps at a time, which gave their eyes time to adjust. Then they took a few more steps. It took a really long time to get down the hallway, but when they got into that darkest space the second time, they could see. Not only could they see each other and the walls, but they could also see that the walls had hieroglyphic writing on them. She said that the writing looked neon and they couldn’t believe they hadn’t been able to see it before.

Some of us were plunged into the darkness after the election. All we could see was darkness. We didn’t have any time to adjust.

Here’s what the darkness looked like for me: I felt blindsided and afraid and incredibly sad. I felt distrustful of my fellow Americans. I felt disappointed in them.

I thought we’d come farther than this as a nation. I thought we were more inclusive and bigger hearted. I had developed a false sense of security that we’d made progress. I grieved when I read the statement, “What minorities have been telling us about America is true.”

Seventy percent of the people in the county where we live heard with their own ears what Trump said and still voted for him. I can’t figure it out: either they didn’t care that he was spewing hate or they didn’t think it was as important as making sure the next Supreme Court justice appointed by the president was conservative. Did only unborn children matter? What about children born to immigrant parents? What about teenagers who were being called terrorists because of their faith?

That was the “walking into the cave and seeing only darkness” part of my week.

Coming back out and giving my eyes time to adjust, I see now that Hillary won the popular vote. I see that not enough Democrats showed up to vote. I see that people were desperate to be heard and no one was listening.

I’m trying to gradually let my eyes adjust, but I’ve only made tiny steps this week. One of the things I’m realizing is that I have to be more direct and vocal about what I believe. When I thought we were all on the same page, I was more complacent. I will be more explicit about my values and beliefs now that I’ve remembered how much is at stake.

I’ve also started praying for Trump, even though it is hard for me. Here’s how I’ve approached it: I’ve lumped him into my “new drivers” prayer. I’m teaching my oldest child to drive and I’ve been praying for all new drivers lately. I pray that they’ll be cautious and listen to those who are trying to teach them. I pray that they will not do any damage that can’t be undone. Trump is about to start driving a car that has my children in it and I can’t look away and pretend like it isn’t my problem.

Trump is our problem now. Since the decision to elect Trump was made mostly by white people, I think we need to spend some time reflecting on how this election feels to those who are the most vulnerable in our society. Before we rush to petitions and strategies, we should sit with what this decision feels like to an immigrant family or a minority student.

I think we need to just sit with what we’ve done. Don’t mansplain or whitesplain it to people who are suffering. Just sit with it. We don’t get to tell people that this isn’t as bad as it seems. That might be true, but it won’t feel true. If someone is hurting or scared, no one gets to tell them that they aren’t hurting or scared.

Some of us, especially those who are genuinely afraid, will take longer than others to adjust to our new reality. This includes people of color, immigrants, victims of sexual assault, Muslims, LGBT communities and many women. Anyone whose rights were brand-spanking new or were already precarious are going to need some time. Might I suggest that we stop rushing them? Stop telling them that there is writing in the darkness for them to see. Stop telling them to hurry up and adjust their eyes because there is work to do. These groups of people are very aware that there is work to do. To quote David Bowie, “They’re quite aware of what they’re going through.”

When Caleb was in preschool, we had a winter storm that knocked out our power. We had gathered in the family room, built a fire, piled on blankets and were figuring out ways to pass the day. Caroline had set up games and I asked Caleb if he wanted me to go with him to his room to get some toys and coloring books. “No thanks,” he said. “I’d rather just sit here and panic.” Unfortunately, he comes by this honestly. I understand his tendency to panic, I truly do, but it’s not a great long term plan. It won’t get you where you need to be.

Soon and very soon, I trust that we will link hands and go back into that darkest room. Slowly and purposefully, we will step forward and let our eyes adjust to this new space. There is something for us to learn in that darkest space. Our marching orders might be in there. There could be a map for how to become braver. No matter what awaits us, we have nothing to gain by huddling outside and panicking. Some will find this process too painful and they’ll opt out of the whole system. The most vulnerable of our citizens, though, don’t have that privilege. They need us to find the light in this darkness. They need us to show up.