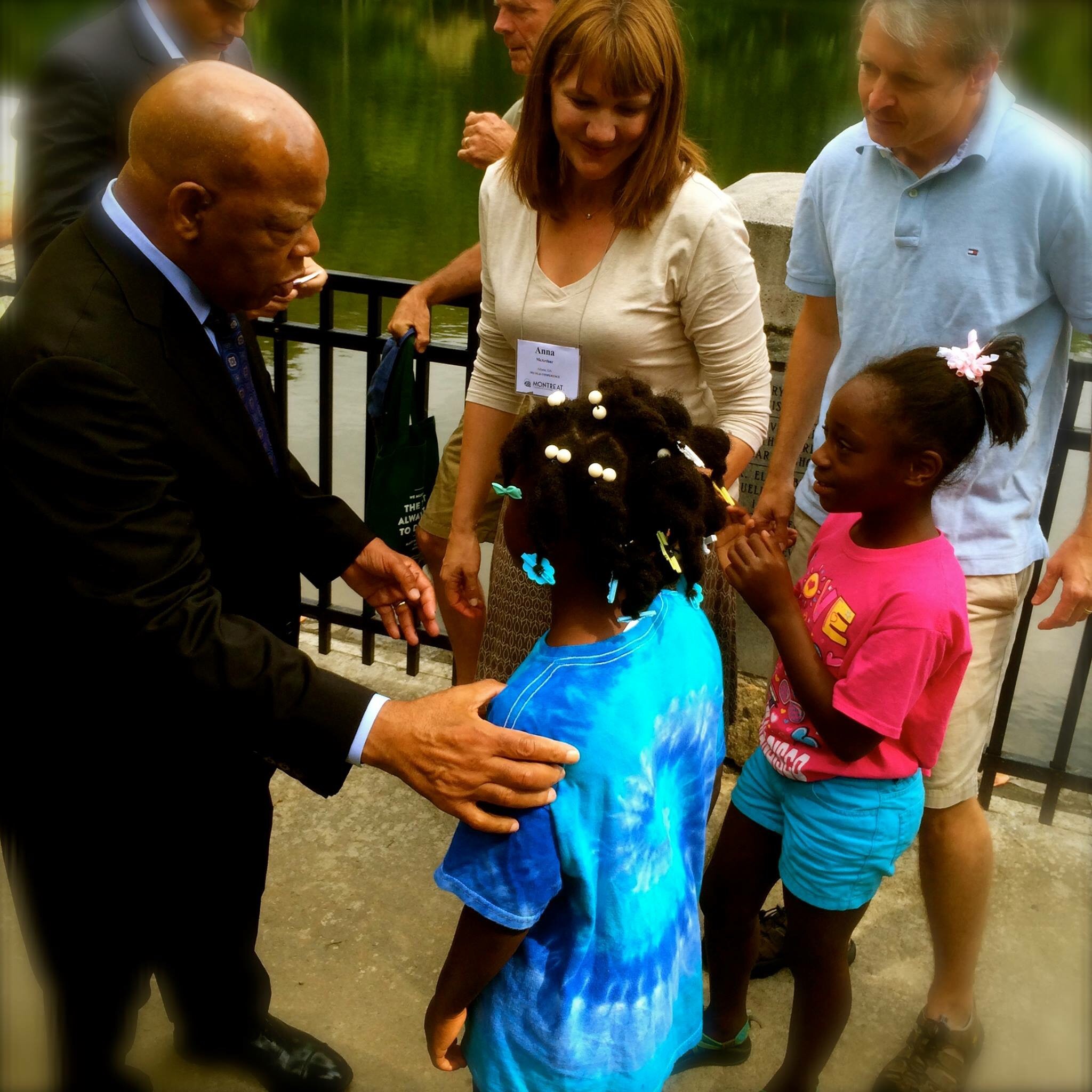 My son plays the Hamilton soundtrack in the car every chance he gets. Last month, on a random Thursday, I learned the downside of listening to Hamilton while you are out running errands. Caleb started the gut-wrenching song, “The World Was Wide Enough” and then he hopped out of the car for play practice. I kept driving to the grocery store and I was sobbing by the end of the song. I couldn’t stop crying in the produce section of our grocery store. I was relieved that no one asked me what was wrong because my only answer would have been, “Alexander Hamilton has been shot!”

It’s time to vote, ya’ll! It’s been a long and sordid voting season, but it’s almost over. I feel good about my choice for president, but I haven’t loved the process. I can’t wait to be on the other side of this mess. Most of us just want to get through this election without doing irreparable damage to our relationships or to our democracy. I’ve fought despair over these past few months, but, praise the Lord…election day is tomorrow!

I must admit that I love voting. I get really excited on election day. I like going to election parties and huddling with the few Democrats who have found each other in this Republican area. I wore an “Obama Mama” t-shirt for way too long in 2008. Perhaps part of my enthusiasm for voting comes from being a woman, who isn’t exactly from a land-owning class. I’m deeply grateful for my right to vote. I know it wasn’t guaranteed. I know I didn’t earn it, but that other people sacrificed so that I’d have these rights. Every time I vote, I feel like I’m sending a thank-you note back through time to those who fought for our right to vote.

A few people have told me that they won’t vote because they don’t think their vote will matter: they don’t believe that their vote will change the outcome. I vote in a county that has not one time gone the way I voted. Not once. During the last election, I ran into a friend at our polling place and we talked for a minute in the foyer. When I got back to my car, my daughter Caroline was seriously worried. “You vote weird for where we live, Mom,” she said. “I was about to call the police.” I do vote weird for where we live, but this area of the country might change someday. It probably won’t, but I’m not going to give up.

We all do things every single day that don’t have high probabilities of success, but we do them anyway because we hope it will move the ball forward just a tiny bit.

I’m not sure my twins will ever be proficient readers, but I’m not going to stop reading with them at night.

I’m not sure my prayers will bring the changes that I long for, but I continue to open my heart to God.

I’m not sure a lifelong marriage is possible, but if anyone is worth betting my life on…it’s Bryan.

I’m not sure the church will ever fully live into our calling, but I trust my fellow disciples and I want to be a part of bringing the Kingdom nearer.

I’m not sure that I’ll ever be free from depression, but I still take my medicine and talk to my counselor and do all that I can to hold it at bay.

I’m not sure how I’ll be able to release my kids when the time comes, but I practice sharing them with the world and I do what I can to affirm their gifts and fill them with love.

I’m not sure my vote will count for much in Georgia, but I still cast my ballot with hope and gratitude.

We all do things that don’t have the immediate results that we want. We do them anyway. We still plug away.

I have also heard that some people aren’t voting as a protest. I don’t buy this. The only thing you are protesting is your right to vote. Apathy is not protest. You have to show up in order for it to be a protest. Protest requires caring and trying.

Two years ago, our family was honored to meet Rep. John Lewis. We were at a MLK conference at Montreat and John Lewis was a keynote speaker. A mutual friend offered to introduce us. I hesitated at first since we were wearing shorts and the twins were not at all prepped. I am so grateful that we accepted the opportunity to meet him. I’m not exaggerating when I say the whole encounter was in slow motion for me and I had to work hard to remember my own name. He was gracious and kind and solicitous of the twins. My favorite picture from that brief encounter is of his hand on Katie’s shoulder. He reached out to her and made her feel important. He was the opposite of stand-offish. He was present. Walking away, she asked, “Who was that again?” I told her that he was a congressman who fought to make good laws in our country so that people would be treated equally. Also, he was a friend of Dr. King. “Oh,” she said, “then we should be friends with him.” My hope is that the twins will cherish those pictures as they get older and will be inspired by Rep. Lewis and his legacy.

In college, I remember seeing pictures of the lines and lines and lines of people who were voting for the first time in South Africa, post-apartheid. I was so moved by their enthusiasm and determination. I was inspired by their triumph. Their right-to-vote was hard won and they knew it. Our votes are hard won, too, but we sometimes forget that they came at a price.

When I was pregnant with my first child, I was intentional about what she heard in the womb. I didn’t know yet that Caroline was a girl, but I wanted whomever I was hauling around to be exposed to good stuff. So, I wobbled my pregnant self over to a lecture by Alice Walker in a small auditorium in Oxford, MS. She talked about her latest book and about her time living in Jackson, MS during the Civil Rights struggle. She said one thing, almost in passing, that still gives me chills. She said, “I’m glad to be here in this room tonight. People that I knew and loved died…DIED…so that we could all be in spaces like this together.” It was an integrated audience. That didn’t just happen

. It took marching and protesting and registering to vote and showing up to vote and even dying.

All that is being asked of us is to vote. Surely, we have that much in us. Don’t give up on us. Don’t throw away your shot.