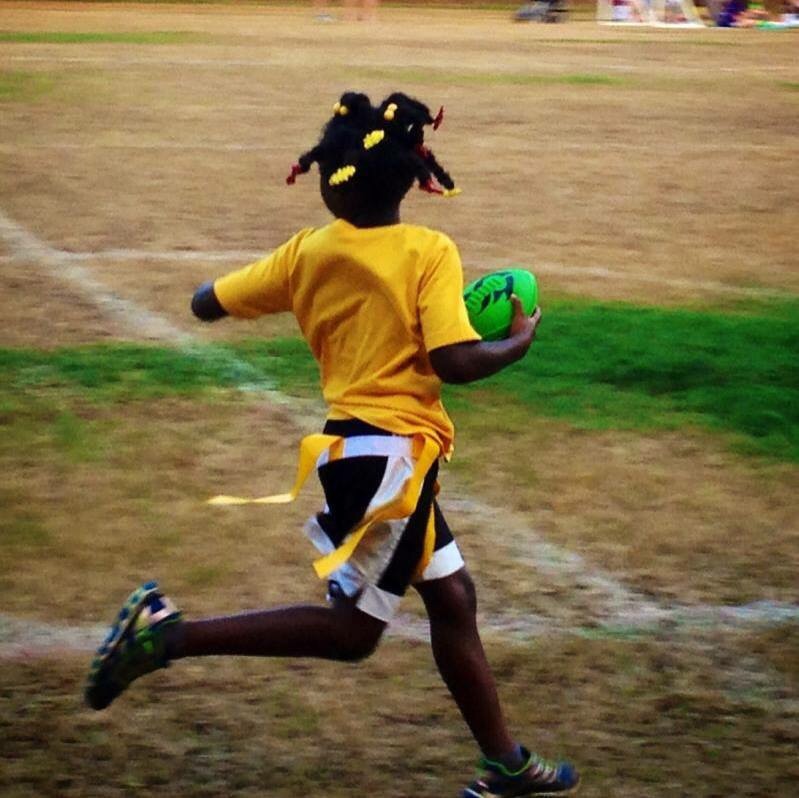 I hadn’t talked to my teenagers much about what Donald Trump had said on the hot mic….even though I know that they knew. Caroline asked me what Bill Clinton had done in the 1990’s and why people were talking about it now. She asked me why Hillary stayed married to him. While I’m grateful that she felt like she could ask me about these things, I could have gone the rest of my life without talking about the whole sordid affair. I figured it might come up during the debate and this made me very nervous.

We are at a place as a nation where I have to decide, as a mom, if I will shield my teenagers from Presidential candidates or not. I am doing my best to raise kind and hardworking children and the last thing I need is politicians making my job harder. The only good thing that has come out of this latest scandal is that sexual assault is being talked about out in the open.

I have been struck this week by the bravery of people coming forward online and in person to talk about sexual assault. Some of these people are related to me. Some are fellow clergywomen. Some are just now realizing that it wasn’t their fault.

I’ve worked as a campus minister at two different SEC schools and I’m still shocked by stories I hear. Shocked in a way that makes me want to say to my children, “Sorry, kids. Instead of going to college, we will all be sitting around the living room and I will read you scary statistics. I just saved your life. You are welcome.” This is definitely the down side of interacting with and ministering to college students: you will learn just how prevalent sexual violence is and it will break your heart.

Not too long ago, I stood in my kitchen with a young woman who was reeling. Over the weekend, she drank too much, passed out and woke up to a nightmare. She was raped. In the following weeks, she went to a therapist who specializes in this kind of trauma. She went to the university health center for testing and medicine. She went to clergy and friends and did her best to heal physically and spiritually. She did not go to the police. She cried for months. She was brave and determined, but also profoundly sad. Her spirit and body were broken.

These bodies are the same bodies that we protect by washing their clothes in Dreft detergent when they are infants. These bodies are the same ones where no one in the whole elementary school lunchroom can have peanut butter because someone has a nut allergy. These are our kids, the vaccinated and well-checked. Even they sometimes end up drunk, passed out, passed around and devastated. These girls belong to us all.

And guess what? So do these boys. These boys are someone’s sons. Someone’s brothers. Someone’s future husband. Most of these boys will never be held accountable for what they’ve done. Most of their mothers, sisters, and future wives won’t even know.

Or maybe they’ll learn about it during an investigation or hear them bragging about it on a hot mic.

This ‘using our voices’ is something I’m working on with my daughters…even as I am learning it for myself. Assertiveness does not come naturally to me. Taking up space is something I’m learning about from my daughters. I have a daughter who plays flag football and she’s the only girl in the league. I have to remind myself to delight in her strength and to not chastise her for telling her teammates what to do.

(Apparently, quarterbacks are supposed to do this?!?) I have stopped using the word “bossy” to describe my daughter’s behavior if I wouldn’t also use it to describe the same behavior in my son.

I must admit that it’s very inconvenient to have assertive, confident girls when you just need people to put on their freaking shoes and stop asking so many questions. It’s probably easier to have submissive girls when you want well-mannered and well-liked daughters who don’t give you any trouble. I want more than that for my girls.

I want them to respect themselves and to respect others. I remember a friend in seminary saying to me, “I wish someone had told me when I was younger that I didn’t owe my body to any one. I wish I’d been more convinced of my authority in that area. ” She was referring mostly to dating, but her comment has stuck with me because it’s bigger than just dating.

It’s about being the boss of your own body.

In middle school, Caroline got really frustrated during a basketball game when she got a foul. She talked back to a referee and raised up her arms. It was the only time I’ve ever seen her be disrespectful on the court. He threatened to give her a technical. Her coach benched her for the rest of the game. She pulled her jersey up over her face and cried.

I wanted to go get her off the bench and take her home. This was when I learned that the expression,“It takes a village,” is as much about raising parents as it is about raising kids. Luckily, I am surrounded by a steady husband and other parents who are wiser and more reasonable than I am. To snatch her away would have been disrespectful to her coach, to her team mates and to her. After the game, Caroline came over to us and said, “I need to go talk to the ref.”

It was her idea to apologize and she insisted on going over to talk to the referee. She was right to do this. I was so proud of her, but also felt protective of her. The whole time she was walking across the court, I was praying that he would be open and kind. I wanted to accompany her, but she really didn’t need me. This was a time for her to practice using her voice. This was a good time for her to experience the consequences of being the boss of her own body. I held my breath as I watched her looking up at him and apologizing to him. Then, I saw him pat her on the head and smile at her. He told her, “I understand…I used to play ball myself. Thank you for apologizing.”

This man, who was a ref at a middle school girls’ basketball game in rural Georgia, did not abuse the little tinge of power that he had. He used it to teach my child that she has to be responsible for her own actions. He helped give her a voice and helped me release her a little. This referee modeled integrity and responsibility for our whole family.

I would expect at least this much integrity and compassion from our next President. When did that become too much to ask?