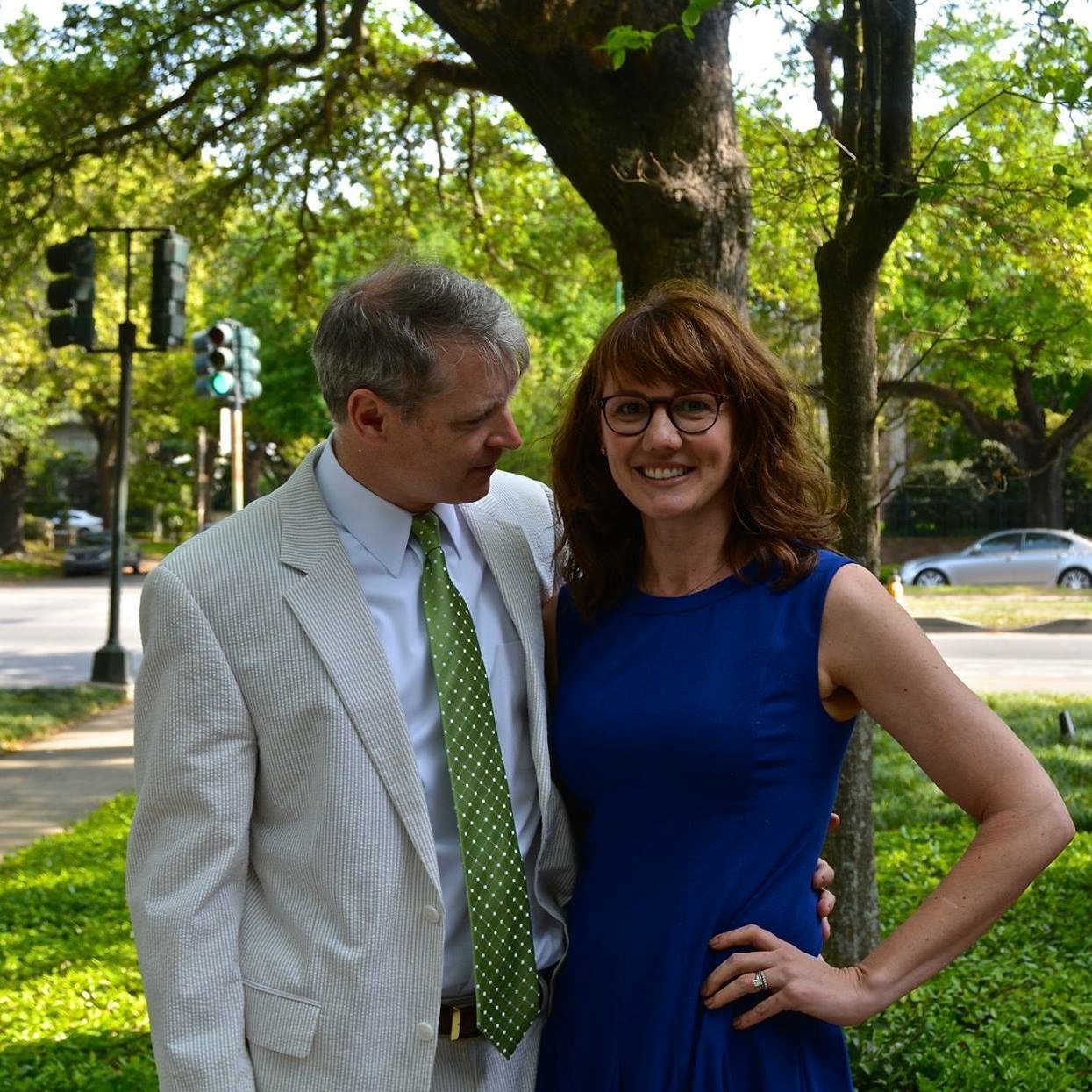 [This is the second in a two part series.  Read the first post here)

This past June, I posted a picture of my husband picking blueberries and said this:

“I woke up this morning, our 20th wedding anniversary, to find Bryan outside picking blueberries for my breakfast…and I remembered for the millionth time that I married way out of my league. We probably had no business getting married…we dated for a few weeks in Montreat, then went back to our colleges (10 hours apart), got engaged and only then did we live in the same town. But I knew that he was kind, funny, good, hard-working, determined, sweet-hearted and crazy cute. I knew that he was not a great dancer…but that he was a fantastic kisser. He told me on our first date about how he wanted to be a great dad. We were fever-ish in our need to be together. I’m so very grateful that God chose us for one another and for the many ways we keep choosing each other. It’s good to be Bryan’s wife…”

There are times that Bryan and I trust that God brought us together and continues to shape us through love. Unfortunately, there are also times when to ‘do no harm’ is the best we can hope for until the storm passes. A fork in the eye counts as harm. Sometimes I experience these extremes all in the same day. It can’t be easy to be Bryan.

So, sweet friend, here are a few more ideas I’ve had about how to reconnect with your spouse. I adore the fact that you are so attentive to your marriage. Thank you again for trusting me with your heart.

This has taken me decades to figure out, but I need you trust me on this. What your in-laws say or don’t say, do or don’t do isn’t anything your spouse can control. Think about how little influence you have over your parents or siblings. Your spouse doesn’t have any more control than you do. My being mad at my husband about his family really doesn’t accomplish anything except make everyone miserable.

It has helped me so much to instead put that energy into the family we are creating. Instead of dwelling on slights from your in-laws, start planning now for the kind of mother-in-law you want to be someday. My hunch is that it is much harder than it looks to release your adult child when the time comes. I’m already convinced that some 25-year-old hussy is lurking around every corner just waiting to snatch up my precious son. He’s only 14-years-old. Families are complicated, but I must say that my mother-in-law did a good job of releasing her kids.

My girlfriends and I talk about in-laws a lot. Most in-laws aren’t trying to destroy our self-esteem or wreck our marriages. They are usually just driving us to the pantry to eat peanut M&Ms while we rehash the backhanded compliment we just received. You will not die from this.

Your spouse should know the good, bad and the ugly before your parents, your best friend, your children or your hairdresser. My mom modeled this for me and I think it is a great way to establish boundaries with your extended families. Bryan doesn’t want to hear about every tomato plant that I buy, but he does want to be the first to know when I’m thinking about leaving a job.

I was at an engagement party a few years ago and we had to give advice to the newly weds. This was mine: “Tell your spouse first when you have big news.” I saw the wife the next year and she told me that she remembered my advice when she met someone she’s really admired and looked up to for a long time. She was so excited and called her husband to tell him about this amazing encounter.

“That’s incredible! What did you mom say?” he asked.

“I haven’t told her yet. I wanted to tell you first!” she said. The husband was really touched that she shared this news with him first. They had become their own new family. They felt truly married.

There have been many times that I’ve suddenly felt re-married to my husband. I’m so relieved when something gives and we are recommitted and back to being “us”. On the other hand, there have also been a few stretches when it didn’t feel like we were on the same team and I hated it. Most of these times were my fault. Honestly, I sometimes just need a nap and then I realize that I’d like to stay married to this kind man. I know it’s inevitable in a long relationship that sometimes you just won’t be in sync, but you are wise to not want to stay that way. Being disconnected can become a habit.

My cousin, her husband and their two young kids were visiting us recently from Colorado. They were trying to get to the airport and there was a sock situation of some kind. (Isn’t there always? Socks cause so much drama.) They decided to switch who would drive. As they pass

ed each other behind the car, they high-fived and my cousin quietly said, “Love you”. It was a small, sweet gesture that conveyed so much. It was exactly what being on the small team looks like. It was beautiful.

In the end, I think Prince had it right. (I mean, of course he did. The man was a genius!) “I just want your extra time and your kiss” about sums it up. Time and affection are some of the most precious gifts that spouses can give each other. I hope these ideas help. If not, might I suggest tequila and tattoos?