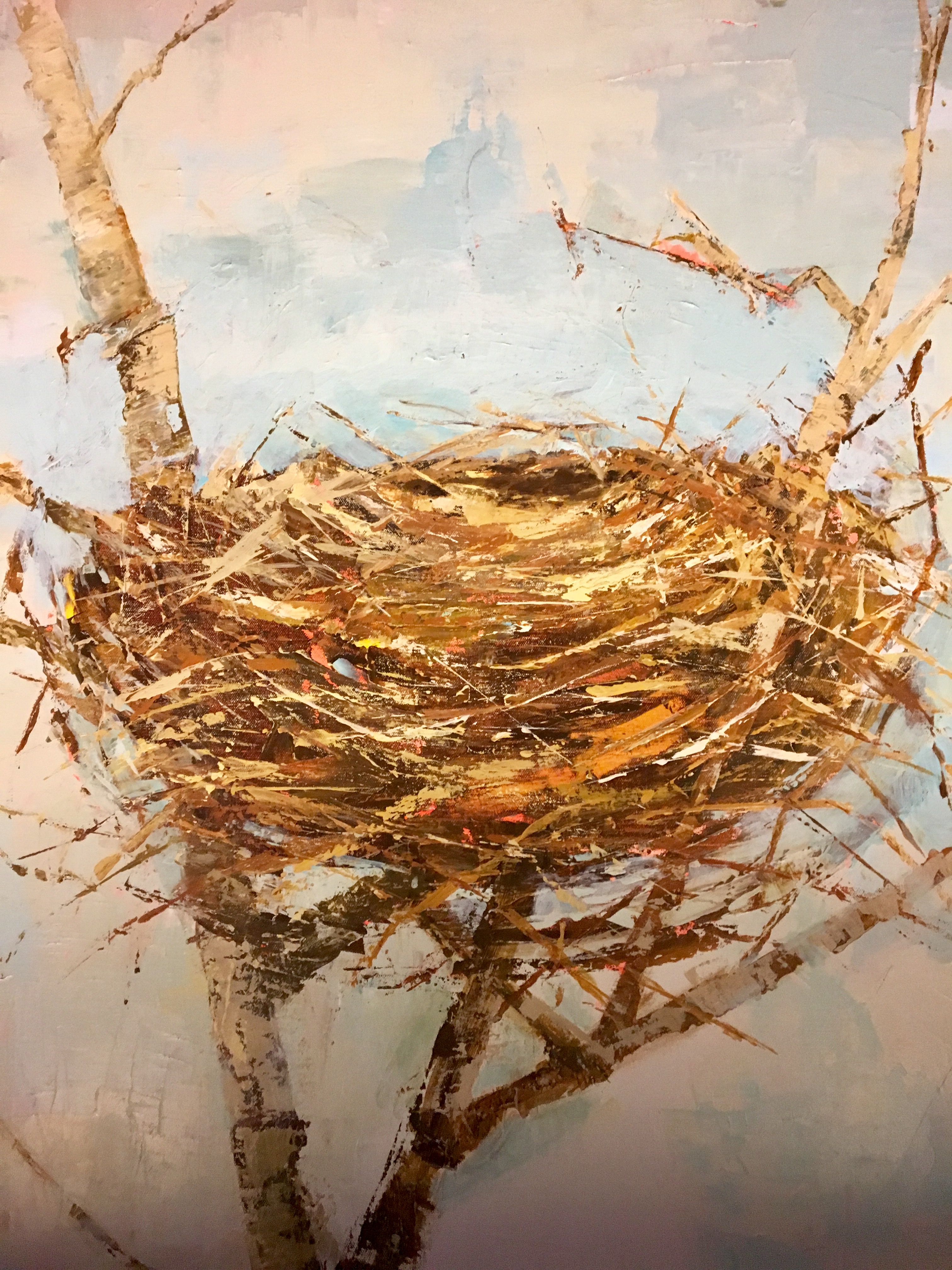 “Won’t you miss her?” a friend asked me. We were siting at the pool, watching my daughters play.

My oldest child, Caroline, was leaving on a three week adventure trip to the Pacific Northwest. She would be completely off the grid. She would spend her time exploring, kayaking, hiking, backpacking, rappelling, river rafting and camping. We would receive an email from her counselors once a week assuring us that they were safe. It would be her first time on a plane alone. She was pumped for this kind of adventure. She was ready.

Of course I was going to miss Caroline. She’s delightful and funny. She’s hardworking and scrappy. She’s brave and helpful. She helps us with the twins every single day. When she was seven-years-old, she would sometimes beat us to the twins’ cribs when they cried at night. I would send her back to bed, saying, “You are in first grade. This is not your job.” She is a natural at caring for her siblings. She acts as the Tooth Fairy when we forget.

But these were also the same reasons that she needed to go. She needed a break from her responsibilities within our family. We needed to practice releasing her a little so we wouldn’t be in total shock when she leaves for college.

Then, I woke my husband up that first night, clutching at his arm. “The bears, my God, the bears! What kind of snakes do they have Oregon? Are the poisonous?” I honestly wanted to get on a plane and go get her. Suddenly, the whole thing seemed like a terrible idea.

I tend to do this when I release my kids a little. I tend to want to snatch them back and lock them in the house. I don’t put them under house arrest, but I have to fight the urge.

We have two psychologists in our church who sometimes teach Sunday School classes for parents. In one class, Donna held up a rope wrapped around both hands. She unraveled the rope and let it out a little and then a little bit more. Then, she wound it back in slowly. As she was doing this, she was explaining how we should give our children a little bit of freedom at a time. We should practice giving them freedom and autonomy. We don’t let out all the rope at once. We don’t reel it all back in at once. We let it out a little and then bring it back a little if they don’t handle the freedom well. We need the practice and our kids need the practice.

So, I practice releasing my teenagers out into the world in small intervals.

I also practice releasing the twins, but in a different way.

Every year, I mail pictures of the twins to their birthmother. I send them to our attorney and he gets

For the first few years, I would mail the pictures and then feel like I’d had the wind knocked out of me. It would really throw me. I’d feel sad and anxious and disoriented for a few days after I’d mailed them.

Every year, though, it has become easier and easier to send the pictures. I no longer feel threatened by this responsibility and I am better prepared for the emotions that follow. The details of their birth story are theirs to disclose and not mine, but I do think I need to be prepared to share the twins with another family someday.

When the time comes, I will need to release the twins in a different way. I need to practice for all of these launches.

We have a local art store on Main Street where I’ve bought a few paintings over the past ten years. There was one of a nest in the front store window that I would drive past and admire. I even stopped once when the store was closed and stared at it for a while. I was basically stalking this painting.

One day last month, I drove to the art store and was so relieved that the painting was still there.

Normally, I don’t buy art on a whim. This was the kind of purchase that should have been budgeted and discussed. So, I took it home to just “try it out”. It now hangs in our bedroom. It is the first thing I see when I open my eyes every morning.

I had finally figured out what I loved about the painting. It is an empty nest. It is a great nest, one to be proud of, but it is empty. I know in my bones that I need to be reminded that my job as a parent is to work myself out of a job. I need the visual reminder that my kids are going to soar out of here with strong wings. I need to remember that a changing nest isn’t a tragedy. I need to practice releasing them a little bit at a time.