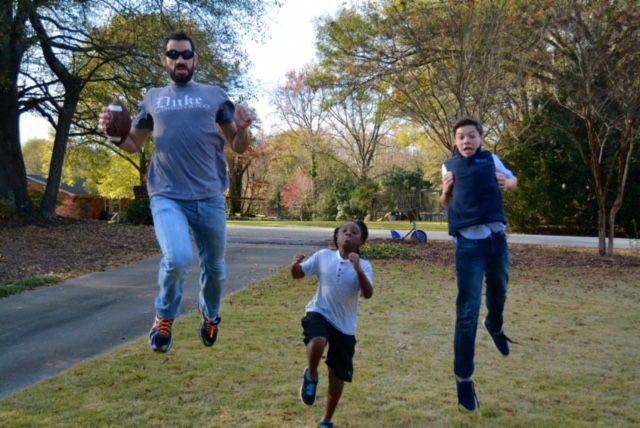 Towards the end of the school year, social media was upsetting me. I wasn’t proud of this, but all of the honors nights and academic awards made me sad. I know it is completely appropriate that parents are proud of their excellent students and want to post about their achievements.They didn’t do anything wrong. It was just that I hadn’t even heard of most of the awards. Warrior scholar? No idea what that is. EPOCHS awards? I don’t even know how you get one of those.

I don’t think my kids cared that much that they weren’t invited to any academic awards nights. My big kids got some extracurricular awards for sports and drama and we were all pleased with that. I do have to wonder, though, if I’m doing my job if we aren’t even getting invited to these things.

I think it’s fair to say that I’m a recovering grade-a-holic. I took a class in seminary during my last semester that I loved. It was called “Women’s Spirituality” and was taught by three wonderful professors. I didn’t know that it was a pass/fail class until the very end of the semester. I was upset because I’d worked hard. In a moment of ridiculousness, I asked one of the professors, “So, if you were giving grades, I would get an ‘A’, right?” This was a big clue that someone so hungry for approval might not fair great in the church.

Those of you who seek gold stars in your life, even as adults, know what I’m talking about. If you’ve spent a good part of your life affirmed by how you did in school, then it’s hard to figure out how you are doing once there aren’t report cards anymore.

I have found this to be especially true as a stay-at-home mom. We are not getting job performance reviews or promotions or raises. For some moms, they determine their worth by their houses or their attractiveness. Some over-emphasize their children’s academic prowess or college acceptances. It’s really easy to slip into your children becoming walking report cards of your abilities, sacrifices and worth. This is dangerous stuff. This is not our children’s job, to make us look good.

Last winter, I was reminded that we shouldn’t pat ourselves on the back about our children’s behavior unless we want to take full responsibility when they mess up. Caro received the “Warrior Award” from her JV Basketball teammates for her work ethic and integrity. I was really proud of her and felt like some of the character traits we’d been emphasizing to our kids were starting to pay off. The very next day, Elizabeth, who really is a sweet child, showed out after gymnastics. We’d missed a winter performance where they’d handed out medals to the girls for working hard all semester. Elizabeth’s teacher told her that she’d get Elizabeth her medal after class, but they couldn’t find the fancy medals. Instead, they handed her a little dinky plastic medal that someone found in a drawer. Elizabeth had her heart set on bling. I made her say thank you, but I could tell she was really disappointed.

Once we were in the parking lot, she threw her medal across the asphalt like a less-noble Muhammed Ali. My first thought was, “Great arm!” and my second was, “You really shouldn’t throw your medal unless your reason for protesting is bigger than wanting better bling.” This tantrum was not a parenting win. Once I got her in the car, I explained to her that we don’t do things just to get awards, trophies or medals. I explained, once again, that all I want for my kids is for them to be kind and hard-working. I told her that we don’t do a good job so that people will reward us. We do a good job because it’s the right thing to do. I realized that I was mostly talking to myself.

I know from experience that social media doesn’t show the whole story. I know that most families have the same challenges that we do, but that only the good stuff gets publicized.

The author and theologian, Frederick Buechner, wrote about the importance of being authentic long before social media was a thing. In Telling Secrets, he said that we need to tell one another the secret of who we truly are, “Otherwise… little by little, we come to accept instead the highly edited version which we put forth in hope that the world will find it more acceptable than the real thing.”

“Highly edited versions” of ourselves don’t move any of us closer to being free or being loved. It makes us feel like we are the only ones who aren’t

As a mom, I’m finally buying into the pass/fail system. I’m hopeful that this will free me from the competitive parent culture that requires promoting and micro-managing our children. If the kids are growing and being kind and working hard, then we’ve all passed. That should be enough.