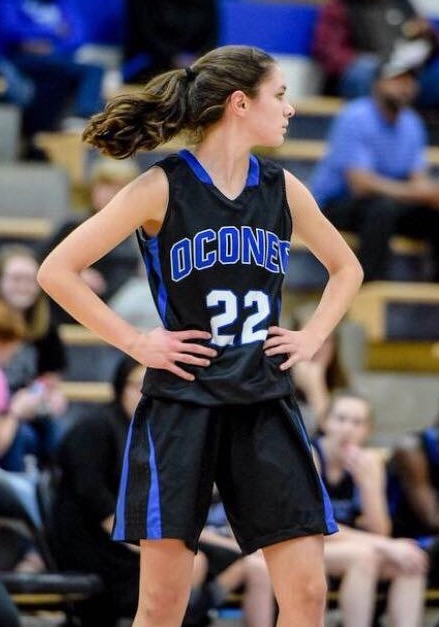 I am a “close enough” kind of person. I don’t stick to recipes. You can always tell which rooms I’ve painted because there is paint on the floor and the ceiling. I hang pictures by just banging nails into the wall until I find a combination that seems straight. (I know, OCD people, that this horrifies you. I know that I’m supposed to measure, but I could measure for days and they still wouldn’t be straight; so, I just start hammering.) Matching socks are a luxury that my family can’t afford. School supply lists are merely suggestions. If it’s close enough, then I’ve done my job.

I have learned the hard way that this is not how dance moms are supposed to operate.

The first year that my son was in a dance competition, I was woefully unprepared for the whole sub-culture of the dance world. Caleb was only in two numbers, but I did not understand the importance of costuming. I was told that he needed navy knickers and white trouser socks for his part of Michael in Mary Poppins. I found some black shorts and brought them to the studio. I found some soccer socks that I turned inside-out to hide the Nike logo. I told some of the other moms, “I’m sure it will be fine. It’s close enough.” They were shooting each other glances, wondering who was going to tell me.

The studio where Caleb dances is not a “close enough” kind of place. They put on amazing

productions and their dance numbers look professional. “Close enough” doesn’t look great on stage. Rolling my eyes, I went and found navy pants. Unfortunately, I can’t sew, so I just pinned them up and under with straight pins. I told him to not move too much or he’d bleed on his trouser socks. This was a flawed plan since it was a musical theater piece and dancing requires movement. When the day of the competition arrived, I wadded up his costume in a backpack and headed to the hotel in Atlanta.

As soon as we walked into the venue, I knew we were in trouble. I saw a mom pushing a luggage cart with costumes all lined up and a locker underneath. I thought they were samples that she was selling. They were, in fact, just her daughter’s costumes. Some of the girls are in 15 different dance numbers and their moms have to be their roadies. I turned to Caleb and said, “I’m so sorry you got me for a mom. We are so screwed.”

We are currently spending our weekend at an Atlanta hotel for his fifth Access Broadway competition. We’ve both gotten better at the whole scene. I give myself permission to not watch every act: I find a quiet spot to read The New Yorker, I go outside for fresh air and I sit with the moms who make me laugh. Caleb can handle his own costumes now. He’s learning to be his own roadie.

He’s also learning that you will not die if you don’t have a perfect performance.

Just last night, he got a much lower score than we expected on his solo. It was a good opportunity for us to talk about where our affirmation comes from: is it from knowing that you did well or from someone else giving you an award? We talked about peers respecting your work, even if judges don’t. I made a “casting pearls before swine” biblical reference, which is a clear indicator that I was bitter. It was a good chance for both of us to practice resilience.

At one of Caroline’s JV basketball games earlier this year, they were down by a good bit. They

weren’t playing great. I overheard their fantastic coach say to them on the bench, “Can you play better? I’m not asking if you can win this game. I’m asking if you can just play better.” She said it in a way that was encouraging and positive. This has stuck with me. I’ve thought of it several times when I’ve felt inadequate as a mom, like last week when I accidentally left Katie at her school. It was bound to happen sometime. The school bookkeeper showed me amazing grace when she called me about my stranded child. I will never be perfect, but I can at least try to gather up the same number of children that I drop off. I’m not a super mom, but like all of you, I can still go out there and try to get it right. I can always try harder and play better.

Part of “playing better” even if you aren’t winning is knowing which areas are your strengths. I’ll

I don’t think there is really much else that we can expect from our kids. Or from ourselves.