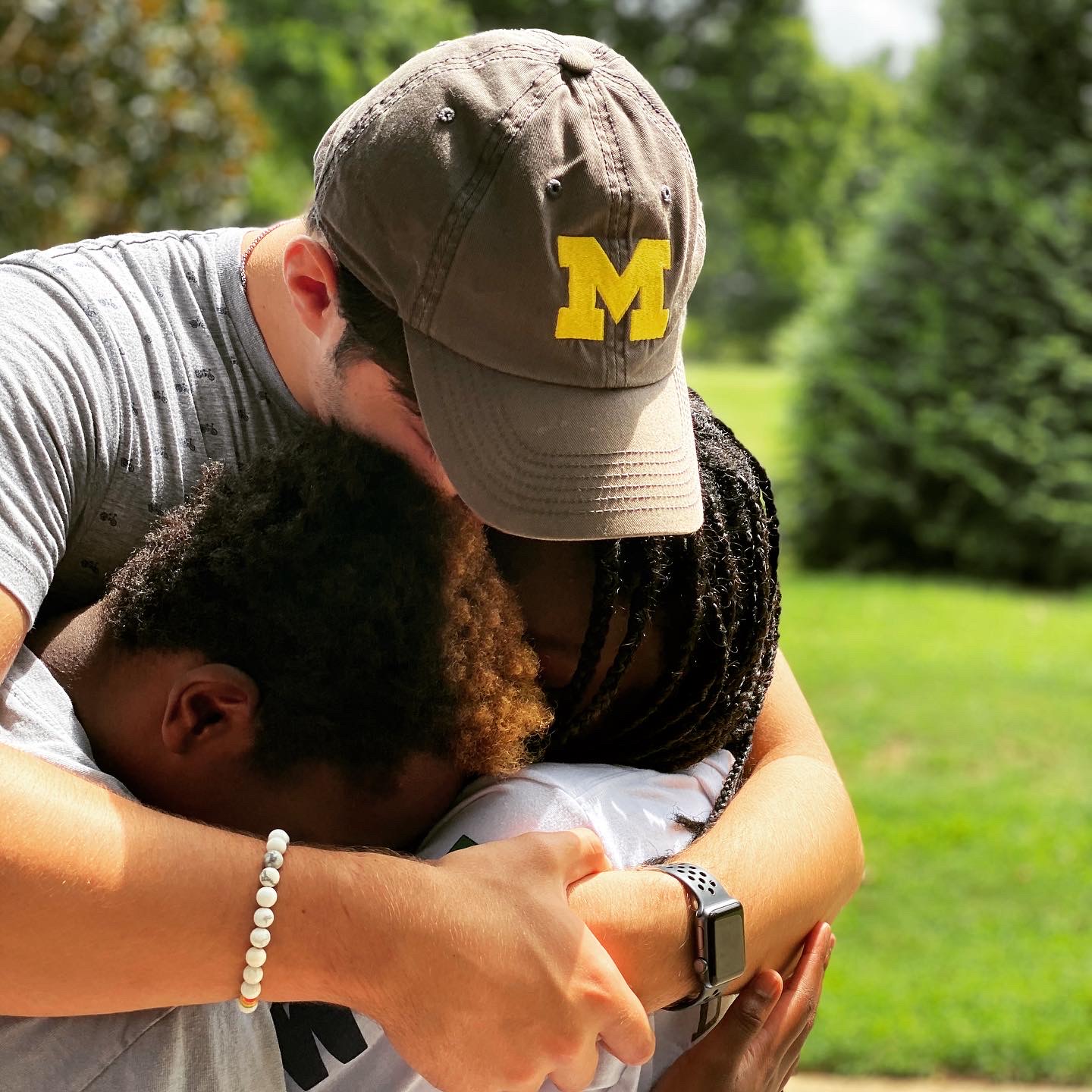 A week ago, my husband Bryan drove our son over twelve hours to his new apartment at the University of Michigan. The last morning he was in town, I woke up early to go hunt down a mattress pad for Caleb’s new bed. It was like I was sending him off to war or the moon; there wasn’t time for sadness. There was so much to do to get him launched that I kept my emotions in check. Of course, I cried as they were leaving and especially when my kids were all hugging and crying, but it wasn’t terrible.

After they’d gone, I had friends checking on me. I told them all, “I’m actually okay. I’m glad I have the twins to keep me busy. Both of my big kids are where they are meant to be.” And I meant every word because it was true. It was also true that I was in deep, deep denial.

When my husband returned on Wednesday from moving Caleb into his apartment in Ann Arbor, I was genuinely amazed that Caleb wasn’t in the car with him. Bryan didn’t even have both legs out of the car before I burst into tears.  I’d imagined them off on a big Midwest adventure, but hadn’t yet processed what it would be like here at home without Caleb’s energy and joy. It probably didn’t help that Bryan declared it the “end of an era” and I announced that our house was too big for just four people and we should put it on the market. It all escalated very quickly.

And once I started crying, it felt impossible to stop. I knew I was being ridiculous and that Caleb was going to love his college experience, but it all just seemed like a very flawed system. I’m learning that our young adult children can be exactly where they are meant to be and yet it can still hurt our hearts.

Eventually, Bryan looked at me and said, “We just have to build something new.”

At our wedding, I didn’t cry at all during the ceremony. I wasn’t even a little misty; I was focused on all of our loved ones being together in a joyful celebration. After we left the reception and drove down the interstate, though, I put my head in Bryan’s lap and sobbed. I’m sure it was concerning that his new bride couldn’t stop crying, but Bryan was reassuring and kind. We were so young and we were building a new family and I was super emotional. Building something new is both exciting and terrifying.

So, I guess we have some practice in starting over as a family. The big kids don’t want or need our attention and the twins do. It’s not complicated to see what should be next. It’s just hard to release the big kids.

I’m in several Facebook groups for parents of UMich students and I’ve noticed some interesting dynamics. There are a lot of moms who write comments complaining that the RA didn’t come meet their daughter or that the dining hall line is too long. Then, the moms contact housing or administration and report back. There are parents asking other parents where their kid should keep their bike. I get it: if I can fix something simple for my kids, I’m game. But these are kids who got into college and can probably figure out a few of these things on their own.

In contrast, a mom posted a picture of her son in his dorm room and said that he was her oldest kid. He was enrolled in the school of engineering and she was hopeful that some of his classes next semester would be in person so he could meet some people. After several more sentences, she mentioned that he was also blind. This brave mom moved her blind son into a dorm and prayed for the best. I don’t know this mom, but I would like to be more like her. Her post gave me a healthy dose of big picture thinking. I’d been telling my friends that I was afraid Caleb might freeze or starve to death even though there’s a Panera Bread less than fifty yards from his apartment. Caleb will be fine and so will we. It’s just time to start building something new.