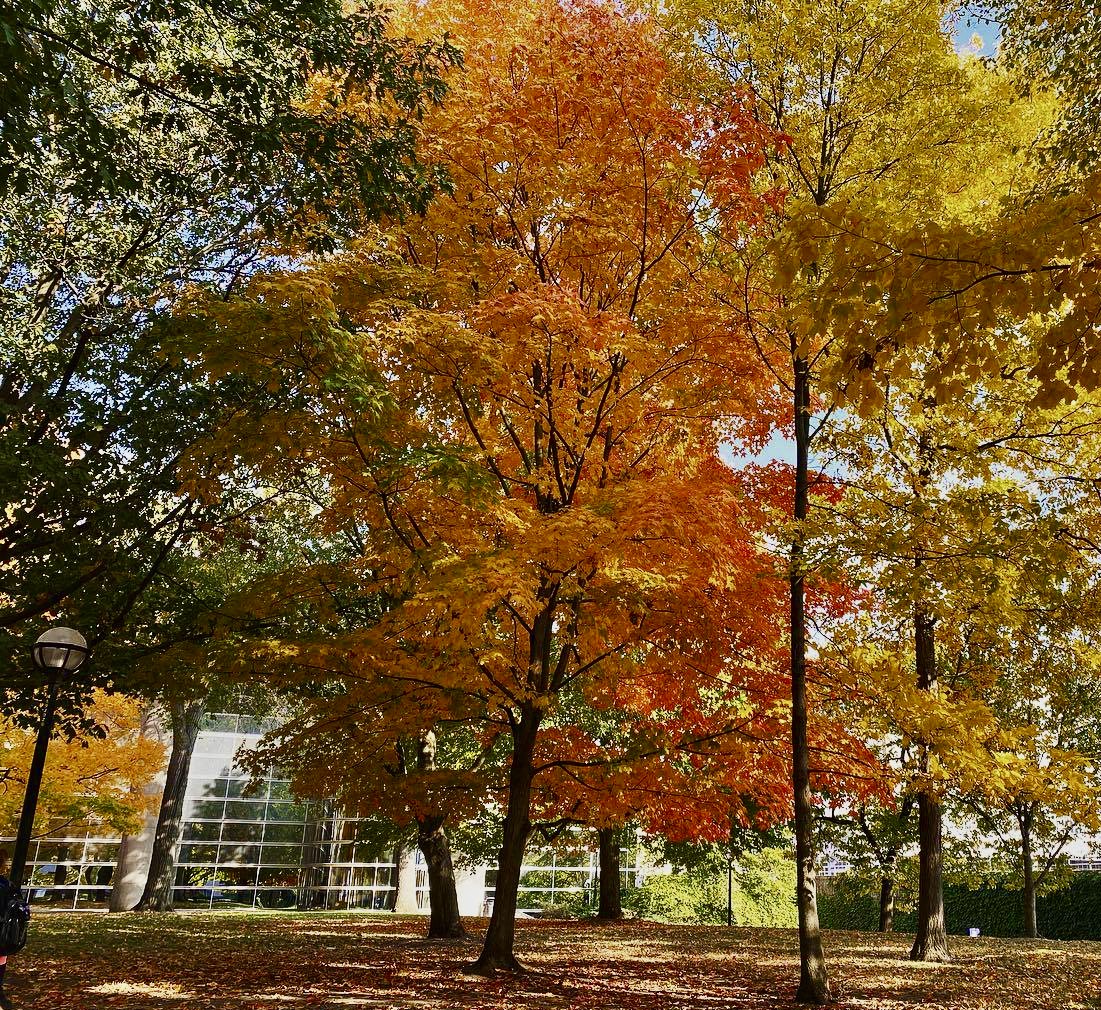 A few weeks ago, I visited my son Caleb in Ann Arbor for the first time. He’s a freshman in college and I wanted to see what his new life looked like. The town was enchanting and I loved spending a few days with him. The whole experience was reassuring and wonderful, until I drove to the Detroit airport to fly home.

I started crying and could not stop. I was crying so much that the dudes on the shuttle bus were uncomfortable and a nice man in a business suit waiting for the plane brought me some napkins. The amount of tears I was shedding was disproportionate to the situation, but I only knew that I had two choices: I could cry or I could howl. I decided to just let the tears fall. I didn’t know anyone in Detroit and I wasn’t flying the plane; this seemed as good a time as any to fall apart.

I cried until my mask was soaked. Even at the time, I knew that this couldn’t be all about leaving my perfectly happy son in Michigan; it was mostly about change. The general distress of being seven months into a global pandemic and the looming election didn’t help. Everything just felt broken.

Once I’d cried myself out, I finally understood that only part of my grief stemmed from my son being physically so far away from us. It was also that he was changing—as eighteen year old kids are supposed to do. He already seemed different to me: he was more fully himself. I regretted that he’d had to tone down who he was because of where we lived; I also recognized that I was a little bit sad that we weren’t a part of his theater world anymore. He was forging a path to a new place where we had never been before.

I didn’t like thinking that what I was feeling was “left out” because that felt pitiful. Shouldn’t I have adjusted already to my kids going to college? Shouldn’t I be less wrecked by this perfectly normal transition?

Once I was home, I did what I always do when I can’t quite figure something out. I carry my heart gingerly to my friends and say, “What do you see here? Can you help me identify this feeling? Does it remind you of any experience you’ve had?”

One dear friend said to me, “I told you that kids leaving for college feels like a breakup, not emotionally, but in the way you need to handle it behaviorally. It’s a good time to take cues from breakups you’ve been through already. For example, it’s not appropriate to stand outside their apartment, pining away. Let them move on. It’s important to be extra gentle with yourself and also protect your heart a little bit. This is not the time for Holocaust movies; this is ice cream time.”

Another friend said to me, “The only thing ‘wrong’ with you is that you walk through your life with an open heart and that inevitably causes suffering; but openness also brings growth.” She also sent me this lovely poem by C. Day Lewis:

It is eighteen years ago, almost to the day –

Your first game of football, then, like a satellite

Wrenched from its orbit, go drifting away

Behind a scatter of boys. I can see

You walking away from me towards the school

With the pathos of a half-fledged thing set free

Into a wilderness, the gait of one

Who finds no path where the path should be.

That hesitant figure, eddying away

Like a winged seed loosened from its parent stem,

Has something I never quite grasp to convey

About nature’s give-and-take – the small, the scorching

I have had worse partings, but none that so

Gnaws at my mind still. Perhaps it is roughly

How selfhood begins with a walking away,

And love is proved in the letting go.

It turns out that “the letting go” is a struggle for many of us, which I find very comforting. I had been working under the assumption that I was hurting because of something I’d done wrong. As in, “This is so painful because I’m not doing it right. If I were better prepared or had a sturdier personality, then this wouldn’t be so hard.”

What if, instead, I’m just hurting because relationships that I deeply value are changing and I simply miss my big kids? What if my airport tears aren’t something to be ashamed of, but rather a necessary cleansing to make way for something new? What if an aching heart is just part of being fully human, a small price to pay for a life overflowing with love?