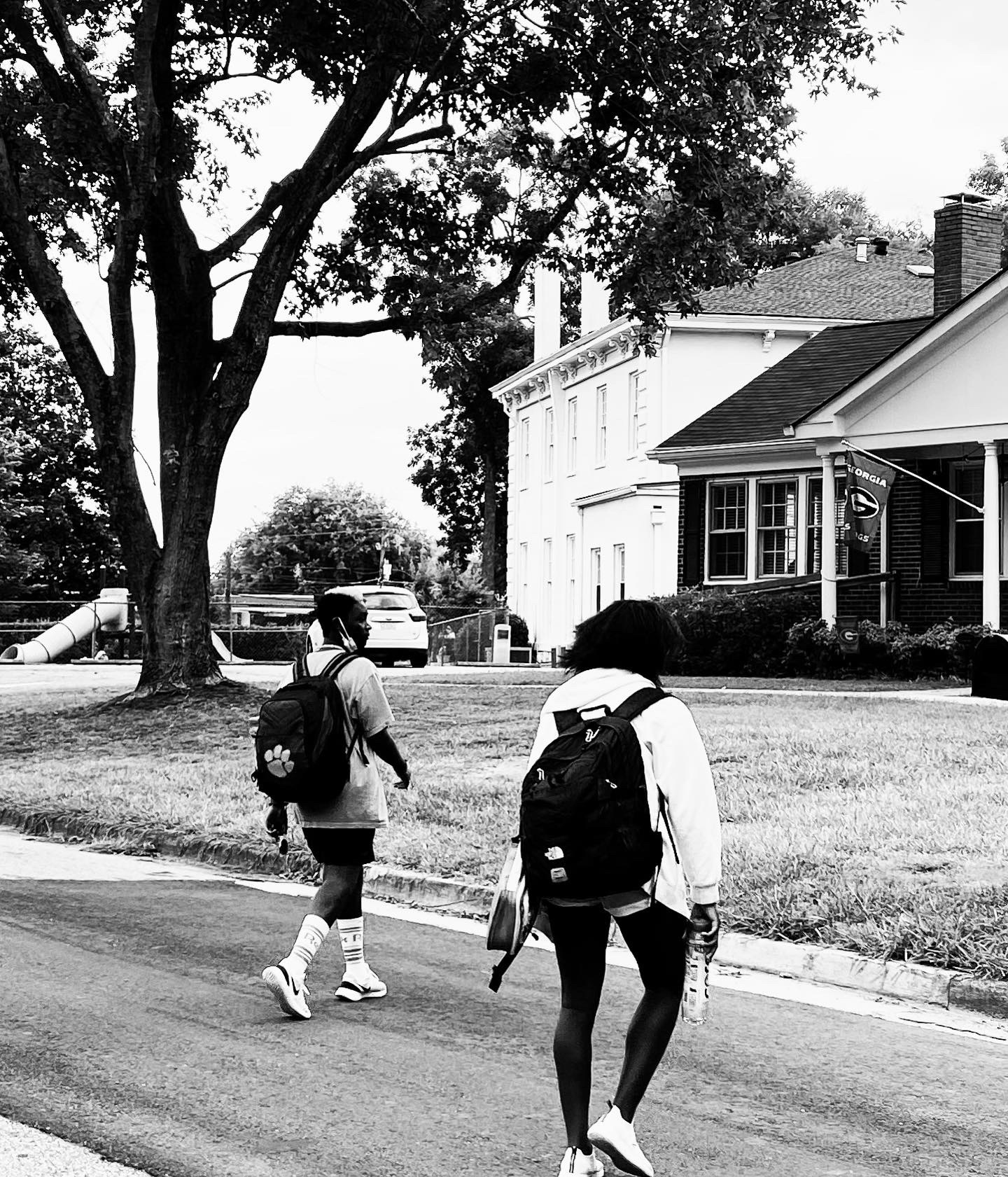 There is a new ritual in many church services that I adore. Congregations sometimes call it a “Blessing of the Backpacks” and it usually involves school staff, teachers and students coming forward for a prayer as they start the school year. A few weeks ago, the minister at the church we were attending used liturgy that included a prayer for the “safety of all.” The phrase “safety” hit different for me this year. I immediately thought of gun violence and added my own silent prayer: “Please, dear God, don’t let the next one be here.”

I quickly recognized two huge problems with my hasty prayer.

First of all, I should have prayed, “Please don’t let it happen anywhere to anyone’s children.” This is not an instance where we cheer only for our home teams.  Those kids in Uvalde, Texas are just as precious and beloved as my kids are here in Athens, Georgia. As the writer Glennon Doyle reminds us, “There is no such thing as other people’s children.” How dare I try to will such a devastating event elsewhere.

The even bigger problem with my thinking was my “next one” assumption. I’m not sure when it happened exactly, but sometime between Columbine and this past school year, I’ve apparently accepted that school shootings just happen. I have bought into the lie that these horrific incidents are inevitable. This is incredibly worrisome because it leads us all away from speaking out against gun violence. If these things just happen, then there isn’t much we can do about it, right? It’s a win for despair.

Mass shootings aren’t acts of nature; instead, they are preventable and devastating every single time.

When I was a kid, prayers for safety at the beginning of the school year would have been for protection from natural disasters, the Russians or that kid who is overly aggressive during dodgeball.

School is very different for my kids. They have been practicing active shooter drills since they started public school kindergarten. I used to cry when they told me about practicing hiding under a table with their pregnant teacher or what they should do if a gunman comes into the school while they are in the bathroom. With huge eyes, they would tell me that teachers can’t always let kids back into the classroom, in case it’s a trick. These are six year olds relaying this information to me.

We are raising a whole generation of kids who have been traumatized in ways that we can’t even begin to understand. What we have unintentionally taught them is that teachers and their students are on their own in the school building if something goes wrong. We haven’t kept them safe and we haven’t given them reason to believe that we have their backs.

More and more, the discussions and policies around school shootings put the responsibility on teachers, staff and children.

The responsibility instead lies with those of us outside of school buildings.

I know that there are an unfathomable amount of guns already out there, but that doesn’t stop me from supporting “Everytown for Gun Safety” and “Moms Demand Action” with my time and money. The lack of responsible gun laws reminds me of the importance of voting. I refuse to accept that training children like they are tiny special-ops officers is the solution. These are children, who should be thinking about recess and their favorite new books and how funny their friends are. They shouldn’t spend their school days making sure they know where all the exits are, just in case they have to run for their short, sweet lives.

From now on, when I pray over my kids as they start their school year, I will also include a prayer for the rest of us to have more courage and tenacity.  It hasn’t always been this way and it doesn’t have to be this way. Don’t let anyone tell you—or your children—otherwise.