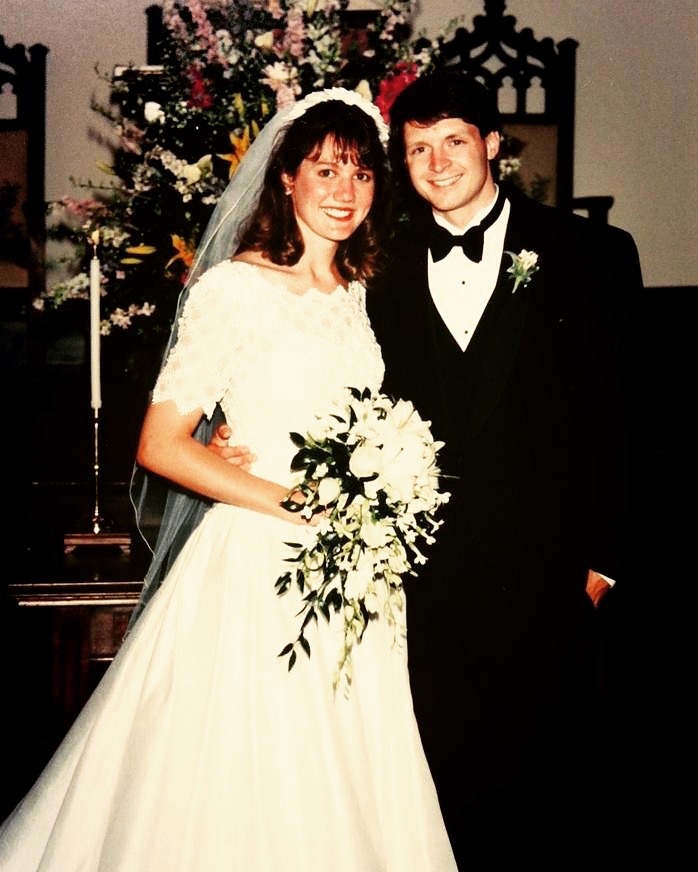 Last May, we attended the wedding of a former babysitter that we all adored. I had planned our day around being ready by 5 pm so that we could take some pictures before we left. Everyone had on appropriate clothing and shoes, I’d fixed the twins’ hair and we’d reviewed how important it is to not start asking about cake as soon as we arrive. As we were driving, I looked at the invitation in order to enter the address and saw that I’d had the time wrong. The wedding had already started. When I announced this mistake that I had made, I knew it was pretty bad because the kids all got really quiet. I turned to them and said, “Ok, here’s a good example of making a mistake and no one dying. It’s not the end of the world.” I felt terrible.

Bryan and I discussed that we had two choices: we could either go back home or show up late. We’d worked hard to look presentable, we wanted to celebrate with our former babysitter and we also figured that she would definitely notice if SIX people didn’t show up. There really wasn’t much discussion: we were still going.

The wedding ceremony was taking place outside on a lovely farm with a long gravel road. There was no sneaking up to this wedding. As we were driving our minivan down the gravel road in the middle of the ceremony, Bryan was ducking behind the wheel as if that would make us invisible. Our tires were crunching and there was dust flying. I was pretty embarrassed, but I’d decided it would be better to show up late than not at all. Besides, that’s kind of how we roll in this family: late, chaotic and scene-making, but well-intentioned and determined. We were there because it mattered. Love always matters. It’s always an honor to witness people taking holy vows.

Being present at a wedding makes me feel invested in a couple’s marriage.

When I’m officiating a wedding, early in the liturgy, I ask the congregation to stand if they are willing to support the bride and groom in their marriage. One of my favorite things to do in a wedding ceremony is to have the couple turn and face the congregation for just a moment during the sermon. I remind the couple “that those gathered here today are part of your covenant. Every single person here has promised to love and support you in this marriage. Call on them. Seek their guidance. Ask for their prayers.”

Most couples don’t know that they will need the help of the larger community, but at some point, we all do. More and more, I’m convinced that couples that are to have any hope of staying married absolutely need communities that will support them. This includes churches, extended families, mentors, friends who are further along in marriage, experts and those who would have done things differently. No marriage is an island.

My husband and I had our 21st wedding anniversary on Thursday. It wasn’t our best. It wasn’t terrible, it was just “meh.” I woke up Thursday morning to hear that a dear family friend, David Roop, had died. Bryan had taken our son camping and didn’t get home until Thursday evening. We just weren’t really in sync.

Fortunately, this wasn’t our first or even our second anniversary. I know, from experience, that anniversaries don’t matter as much as our day-to-day marriage does. Marrying Bryan was one of the boldest, craziest and wisest decisions of my life. Even when I’ve doubted that we are hearty enough for this life that we’ve created, I’ve never doubted Bryan. Even though we were only 23-years-old and hadn’t lived in the same town except for a brief stint as camp counselors, our friends and family gathered on our wedding day and showered us with love. That act of hope is worth celebrating, on our anniversary and every day.